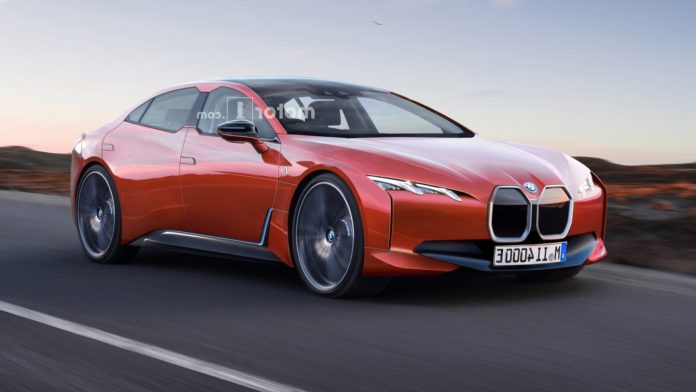 Details about the BMW i4 electric sedan, which is expected to be launched in 2021, continue to be conveyed. According to the latest details, the BMW i4 will pass the 544 km range of the Tesla Model 3.

BMW began offering new details about the electric sedan i4, which it plans to launch in 2021. According to the CNET Road Show, the BMW i4 will come with an 80 kWh battery and will provide the vehicle with 100 km speed in 4 seconds.

According to the same news, the BMW i4’te dual engines will reach a total of 530 horsepower. But the exciting details about the car don’t stop there. Perhaps the most curious thing in electric cars, the range of vehicles, the BMW i4’s described among the features.

Tesla’s Model 3 vehicle had a range of 544 kilometers, based on WLTP values. Therefore, we can see that the BMW i4 can destroy more than the Tesla Model 3 before recharging the battery. Given the size of the battery, BMW did really well.

The battery of the BMW i4, according to the company’s statement, can give the vehicle a range of 100 kilometers in just 6 minutes. Of course it does this thanks to the 150 kW DC fast charge connection. In the BMW i3, it was three times longer. The company also says the same 150 kW charger can achieve 80% charge in 35 minutes.

Of course, just like everything else, BMW’s i4 will be an undesirable point. BMW’s new vehicle will not be based on a separate chassis for electric vehicles, but on chassis used in the 3-series and 4-series sedans. Volkswagen, on the other hand, does not use its old chassis like BMW, but uses chassis that are specific to electric vehicles.

Lenovo ThinkBook Plus Gen 2 comes with an E Ink display