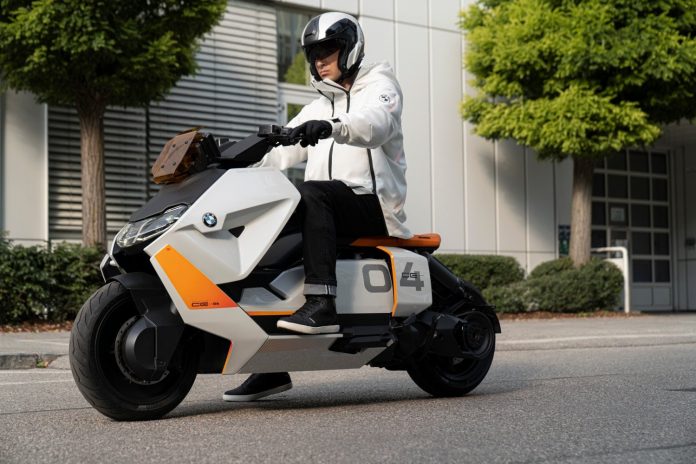 BMW unveiled the CE 04 electric motorcycle concept last year. The road version of the motorcycle, which looks like it came out of science fiction movies, has finally been exhibited. Although the BMW CE 04 seems to have lost a bit of its unusualness, it still has an impressive appearance.

Prepared for urban drivers, the CE 04 has a 10.25-inch LCD screen. The motorcycle, which can travel about 130 kilometers, can reach a speed of 120 kilometers per hour. CE 04, which will be released in 2022, will be sold abroad for 16 thousand dollars.

Looking at CE 04, it is better understood what BMW is aiming for. With a new design, the company aims to reach those who are interested in electric vehicles but do not have the money or place to buy an electric car.

The CE 04’s battery, which can be charged with standard sockets or electric car cables, can be fully charged in about 100 minutes with a third-level power connection. In a standard household socket, this time increases to 4 hours and 20 minutes.

Other details about the BMW CE 04 still remain unclear. The company is also expected to offer a more affordable model option with a range of 100 kilometers. It is also among the expectations to have 15 and 30 hp horsepower options in the affordable model. In the standard model, the maximum horsepower will be 42 hp.