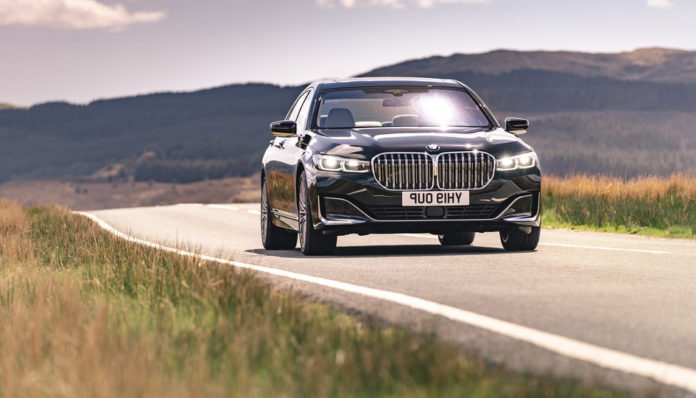 German automaker BMW has announced that the next-generation BMW 7 Series will have a fully electric model. The company is trying to take decisive steps towards the transition to electric vehicles, and the new BMW 7 Series seems to be part of this step.

BMW has confirmed that an all-electric version of the new generation 7 Series will come. The company has long had plans to electrify all its vehicles. Electric vehicles will become more widespread in the coming years with the restrictions that some countries such as England will impose on diesel and gasoline engines starting from 2035.

Aside from announcing that the company will launch the BMW 7 Series with gasoline, diesel and plug-in hybrid options, the company has not revealed much detail at what we can expect from all-electric models. BMW commented on the “power of choice” about the expansion of engine options.

It is thought that the new generation BMW 7 Series will come with the fifth generation electric powertrains and will play an important role in moving the company’s autonomous driving plans forward. Vision iNEXT concept, defined by BMW as the car of the future, will also be an important guide for electric vehicles.

The electric BMW 7 Series is claimed to come in two different versions. It is said that one of them will produce approximately 550 horsepower with a 100 kWh battery and the other will reach 670 horsepower with a 120kWh battery. Both vehicles are expected to have a range of approximately 580 km. Before the BMW 7 Series in 2021, electric vehicles such as iX3, iNext and i4 could hit the road.

The Release of PlayStation 5 and Xbox Series X May Be...