Home Tech BMW Announces Concept i4 to be Unveiled at the Geneva Motor Show... 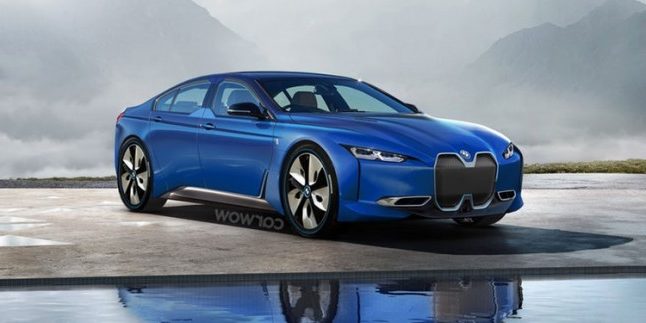 German car maker BMW has confirmed that the highly anticipated vehicle will be revealed at the 2020 Geneva Motor Show, which will be held next week, with the Concept i4 video shared from its official Instagram account.

Automakers began to gradually announce their new models at the 2020 Geneva Motor Show in the capital of Switzerland next week, but the BMW front had preferred to remain silent about the fair so far.

The Bavarian brand, which today shares a share on its official Instagram account, announced that the BMW Concept i4 will be displayed at the Geneva Motor Show. The German automaker also confirmed that the 4 Series Gran Coupe, which will rival Elon Musk’s Tesla Model 3, will also be introduced at the same fair. The vehicle, which is supposed to have a modern, elegant and sporty design, will be the first thoroughbred electric Gran Coupe.

Concept i4 sharing by BMW

“The BMW Concept i4 brings electrification to the core of the BMW brand. The design is dynamic, clean and elegant. In short, an excellent BMW with zero emissions,” says Adrian van Hooydonk, senior vice president of BMW design department.

The silhouette of the BMW Concept i4
The short introduction video from the German manufacturer offers an impressive look to the stylish silhouette of the Concept i4. Based on the video, we can say that the design language will not be as radical as the BMW i Vision Dynamics concept introduced at the 2017 Frankfurt Motor Show. The BMW i4, which will be on the road in 2021, will produce approximately 530 horsepower, which will allow the electric sedan to accelerate from 0 to 100 kilometers in about four seconds.

The vehicle, which will be powered by a battery of 80 kWh, will offer a driving range of about 600 kilometers on a single charge. BMW says the battery can be 80 percent charged in about 35 minutes. The German brand will launch the iX3 electric SUV this year, before moving to the production of Concept i4. Let’s also say that the new BMW 4 Series Coupe will be available in 2021 with the i4.

Xiaomi Mi Mix 4 Revealed in Geekbench with a Mysterious Processor