Home Tech Blushing: Why 4*Town songs are so good 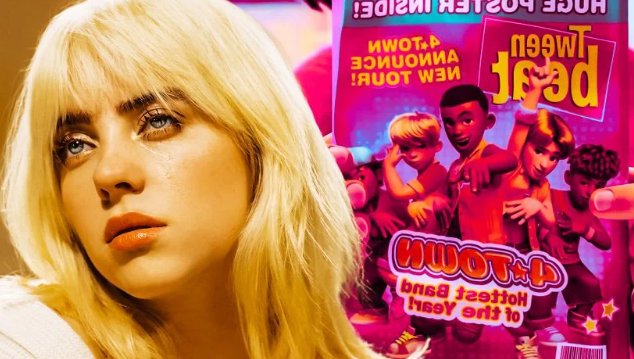 With their original songs, the boy band 4*Town won not only the hearts of Mei and her friends, but also the eyes and ears of the audience of Turning Red. “Blush”, which marks the full-length directorial debut of Domi Shi, follows the growing up of Maylin “Mei” Lee (Rosalie Chang) and the curse of the generation. As a teenager, May begins to discover new sides of herself, continuing her obsession with the world-famous boy band 4*Town.

Voiced by Jordan Fisher, Finneas O’Connell, Josh Levy, Topher Ngo and Grayson Villanueva, 4*Town plays an important role in May’s transition to adolescence. It is thanks to the boy band that she strengthens relationships with her best friends Abby (Hein Pak), Miriam (Ava Morse) and Priya (Maitreyi Ramakrishnan). On the other hand, 4*Town inadvertently pushes Mei away from Min’s (Sandra Oh) conservative beliefs, as the teenager knows that her mother disapproves of them. 4*Town’s talent and charm pave May’s path to adulthood, allowing her to make her own decisions and stand up for what she holds dear.

The 2002 set of Turning Red includes original songs performed by the popular band 4*Town. Interestingly, their songs were written by Billy Eilish and Finneas O’Connell. The Grammy Award-winning siblings wrote the songs “U Know What’s Up”, “1 True Love” and “Nobody Like U”, which demonstrated their musical talent and personal love for boy bands. Unsurprisingly, the songs became real hits; after all, Eilish and O’Connell are two of the most talented songwriters of this generation. They co-wrote Ailish’s record songs, and also contributed to other soundtrack albums. The last achievement of the duo was the critically acclaimed song “No Time to Die”, which won an Oscar, a Grammy and a Golden Globe.

The producer of the positively reviewed Turning Red, Lindsay Collins, came up with the idea to reach out to Eilish and O’Connell because her child was a fan of their music. Collins and her team then presented the concept to the duo, creating a scrapbook with pages depicting May and her adoration of 4*Town. The production team also replaced the 4*Town members with photos of Billie Eilish and Finneas O’Connell to convince them even more. When writing songs, the musicians said that they were inspired by the boy bands of the late 1990s – early 2000s. Thus, they tried to include a catchy melody, vocal harmonies and group choreography typical of that time.

In addition, the director of Turning Red Domi Shi shared that the musicality of 4*Town was influenced by the famous bands Backstreet Boys, NSYNC, Westlife, 98 Degrees and O-Town. Due to the universal popularity of K-Pop, Turning Red also paid tribute to this genre. Viewers assumed that Tae Yong from 4*Town was inspired by Jimin from BTS. However, the authenticity of 4*Town from Turning Red is evident not only in their appearance, but also in their songs and performances, which makes them one of the best fictional boy bands.