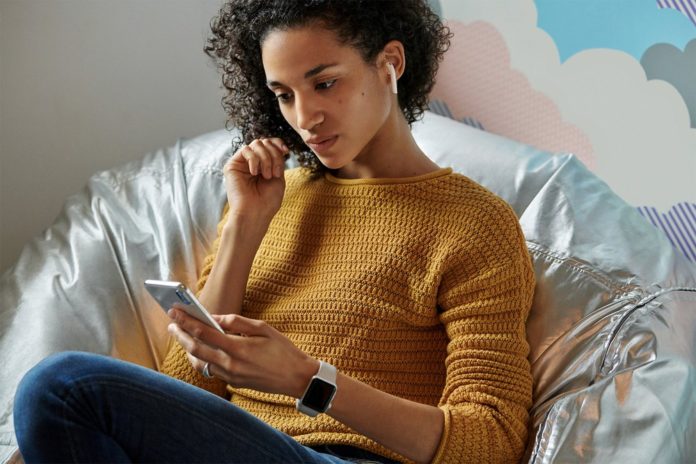 There are several premium Bluetooth headsets to buy in Brazil. Brands like JBL, Samsung, Apple, Xiaomi, Huawei and Sony offer options that promise high quality playback for listening to music on Android and iPhone (iOS) phones, in addition to connectivity features and different types of use. With that in mind, Somag News separated eight top-of-the-line models that are available to buy in Brazil in 2020. It is worth mentioning that prices are the responsibility of online stores and can change at any time, without notice.

1. Mi True Wireless Earphones – from R $ 777
The Xiaomi phone has a design reminiscent of Apple’s AirPods by far, largely because of the external stem. In-ear type, the model is completely wireless and features Bluetooth connectivity in the 4.2 standard. One of the highlights of the product is the support for codecs like AAC and SBS, which should guarantee good reproduction quality in different musical styles.

Resistant to dust and sweat, the model is compatible with voice assistants and promises to automatically connect to previously paired devices. Like other Xiaomi accessories, the model may disappoint in terms of autonomy, since its battery allows you to listen to music for about three hours straight, in addition to the 10 hours of charge available in the charger case. In Brazil, you can find Mi True Wireless Earphones for as low as R $ 777.

2. JBL Reflect Flow – from R $ 799
The JBL Reflect Flow is another premium option with a lower price compared to more popular headphones. With a dynamic driver of 5.8 mm and impedance of 14 ohms, the product promises to offer high quality and distortion-free sound. The accessory has Bluetooth 5.0 standard, which should mean good stability for listening to music or answering calls.

Regarding the design, the product is in-ear and has silicone structures to attach the earbuds to the user’s ears. Its weight is 85 grams and the model also has IPX7 certification for water resistance, being a good option for those who enjoy listening to music while practicing physical exercises.

Equipped with a 850 mAh battery, JBL’s promise is that Reflect Flow has up to 10 hours of autonomy. With the smart charging case, this average can increase up to 30 hours away from the outlets. The equipment also has touch-sensitive buttons, which allow the user to activate virtual assistants or control playback, in addition to answering or refusing calls. The product is on sale on the official JBL website for R $ 799.

3. Galaxy Buds + – from R $ 999
Galaxy Buds + is the latest model on the list. Launched in Brazil in March 2020, the product features a design very similar to the previous generation Galaxy Buds. Despite this, it brings a dynamic two-way speaker, which should mean a good improvement in the bass. Another novelty is the presence of one more microphone compared to the first version, totaling three, which allows for better voice pickup during calls. Another promise from the manufacturer is the battery, enough for up to 22 hours of music, adding up to 11 hours of earbuds and another 11 hours of the charging case.

Buds + also arrived with a specific command for the audio streaming platform Spotify, the result of a partnership between the brands. Therefore, to launch the app without having to have the phone in hand, just press the touch surface for a few seconds, and the app will start playing songs at random.

In addition, the accessory features Bluetooth in the 5.0 standard, which should lead to greater connection stability and quick pairing with the cell phone. Its official price is R $ 999, being a very interesting cost-benefit option.

4. AirPods – from R $ 1,034.10
Apple’s traditional model, the AirPods is in its second generation, and remains a reference in the segment of Bluetooth headsets completely wireless. The model was one of the first to include the Apple H1 chip, which ensures better integration between apple devices. In addition, the accessory allows Siri to be activated only by voice commands, making life easier for users of the brand’s products. That way, it is possible to control the playback without having the cell phone nearby or even touching the phone.

Regarding the charging case, the model works with Qi standard for wireless charging. The case design features an LED indicator to indicate the battery level, and guarantees up to 24 hours of playback – the earbuds themselves have 5 in total. With the arrival of the latest AirPods Pro, the second generation of AirPods is cheaper, with prices starting at R $ 1,034.10, according to Compare.

5. Freebuds 3 – from R $ 1,230.98
The Freebuds 3 is yet another premium Bluetooth headset completely wireless for sale in Brazil. The model, launched in 2020 in the country, can be found for as low as R $ 1,230.98 in national e-commerce, according to Compare. The model is of the earbud type, like the AirPods, and has active noise cancellation to isolate external sounds. The function didn’t make much of a difference during Somagnews’ tests, but the product performed well overall.

The Huawei phone delivers a good reproduction, which came as a surprise during our evaluation – the manufacturer even promises “studio sound” in the product. With 14.2 mm drivers and 30 mAh battery, the accessory allows you to listen to music for about 4 hours, a time that can reach 20 hours of playback due to the charge available in the charger case, with a 410 mAh component. The model also features Bluetooth 5.1, a very recent standard that guarantees good stability.

6. Sony WF-1000XM3 – from R $ 1,399.99
Sony WF-1000XM3 is a Bluetooth headset that follows industry standards, both in design and in autonomy, of approximately 24 hours with the charger case. The model features an active noise cancellation system due to the QN1e processor, from the Japanese brand itself, which also promises high sound quality. Another interesting feature is the Adaptive Sound Control mode, which automatically detects the user’s position in space, equalizing the audio according to each situation.

With a modern and minimalist design, the Sony WF-1000XM3 arrives in silver and black colors. According to the company, the accessory was developed to offer greater comfort and stability than the previous model, the WF-1000X. According to the Somagnews price comparison, the Sony WF-1000XM3 is on sale for as little as R $ 1,399.99 in the Brazilian market.

7. Powerbeats Pro – from R $ 2,191.98
The Powerbeats Pro is one of the most advanced for sale in Brazil. The product is of the sports type, with an in-ear design and a rod that is behind the user’s ear, ensuring a good fixation. The Beats model, a brand that belongs to Apple, also promises good sound quality and high performance thanks to its linear piston, responsible for a powerful acoustic response with low distortion.

In addition, the accessory is water resistant and features the same Apple H1 chip as the AirPods, making it very interesting for iPhone users. The battery also stood out, allowing up to 9 hours of music in the earbuds and another 24 hours in the charger case, which led the phone to score 10 in the question during the somagnews tests

8. AirPods Pro – from R $ 1,752.18
AirPods Pro is the latest model from Apple, and brings important improvements over the original version. Announced in 2019, the product can already be found at lower prices in Brazil: currently the phone costs from R $ 1,752.18, according to Compare. Among the main differences of the accessory, it is worth mentioning that it is in-ear and offers noise cancellation, in addition to water and sweat resistance.

In reproduction, the highlight is the adaptive equalization, which equalizes the audio according to who is using it, offering the best possible quality for each user. In addition, Apple says the device’s high-amplitude driver delivers powerful bass, a feature that music lovers should be very pleased about.

Detect earthquakes with your mobile

New Disclosure on the Lost Moon Vehicle from India

How to watch FC Barcelona – Napoli in Champions online