Home Sport The Blues are “abstraction” of the geopolitical context 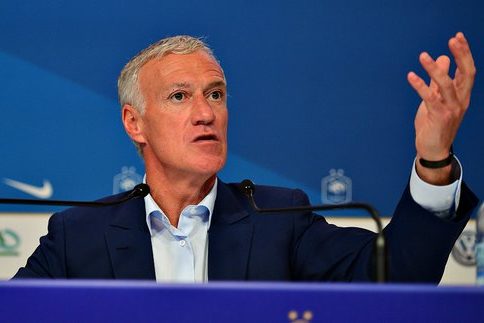 It is in a tense geopolitical context that the team of France is preparing to receive Turkey, this Monday in Saint-Denis, in the frame of the eliminations of Euro 2020. A climate which is obviously not to disturb the Blues and their coach.

Four months ago, the French team lost to Turkey in a hostile environment, outclassed in the game by galvanized opponents and perhaps destabilized by a public fervent to the extreme, to whistle the national anthem of its visitors. This stop in Konya had sparked debates and controversies, even beyond sport. And it is in an international context just as tense – in full offensive Ankara against the Kurds in the North of Syria – that the Blues welcome the Turks, Monday night, at the Stade de France (20:45).

“This is not something that worries us, yet ensures this Sunday Raphaël Varane It is obvious that we will have an additional motivation due to the result of the first leg (defeat 2-0), but we will ignore the context We are here to give pleasure to our supporters, and to sign the best possible performance for qualification for the Euro. ” No question, therefore, to worry about the surge announced supporters of the Turkish national team on the speaker Dionysian. “We are expecting a lot of Turkish fans, but we are high level players, we are used to all possible contexts,” said the tricolor captain in the absence of Hugo Lloris. sure there will be a good atmosphere, it can transcend us, in any case we are ready to answer this! ”

“Let’s stay focused on the sport”

While the meeting was classified “high risk” by the French authorities, the atmosphere will certainly be festive in the eyes of Didier Deschamps too. “We will be at home and it’s been a while since we have a good atmosphere when we play in front of our audience.I do not know how many Turks are in the stadium, they often move in numbers across Europe, with fervor and a passion exacerbated, but we will not count them with the players … The atmosphere will be good and beautiful, it’s important. ”

Like the defender of Real Madrid, the coach of the Blues is therefore denied any political reflection. “It will interest some, but not me, I’m focused on the field and our goal of qualifying, we are in the sporting sphere, of course the geopolitical issues are there, but that’s where there is consequences on the environment of the game, I do not think, we do not have to think about it anyway, let’s stay focused on the sport! “