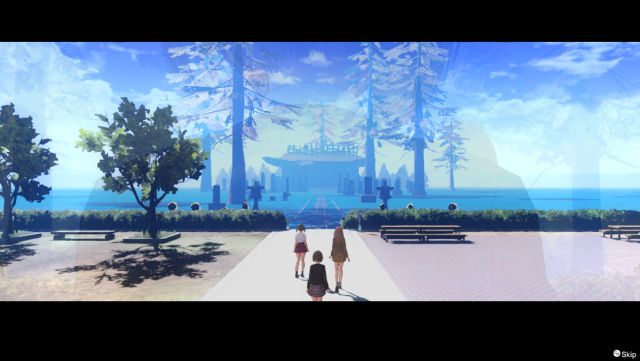 Blue Reflection: We take a look at the sequel to Blue Reflection, which features a plot with a revamped cast of characters as well as several new gameplay features. In recent years, Gust has been one of the Japanese studios that has been improving its game proposals through the different franchises it has developed, something that has been noted through titles such as the recent Atelier Ryza 2, the RPG adaptation from the Fairy Tail series or the action proposal with touches of yuri from Nights of Azure 2. Although its most recent focus has been to provide various titles of its star franchise, Atelier, both through various main installments and other titles Spin-offs, such as Nelke & The Legendary Alchemists that offered gameplay with management elements alongside traditional item crafting, have also tried to offer novel gameplay.

Blue Reflection is one of those titles, being an RPG with a style similar to that of the Atelier games, especially because the leading role falls on a female character and magical elements in the development of the plot, but with a contemporary setting. Although technically it was not a groundbreaking title, it did have notable aspects in aspects such as its plot, characters and, above all, a soundtrack as peculiar as it is striking. Today, four years later, comes its sequel, Blue Reflection: Second Light, a title that offers noticeable improvements in various aspects, some of them discussed in the previous impressions article, and that promises to be a much more complete experience compared to the original game .

A story of interest

The plot of the game puts the player in the shoes of Ao Hoshizaki, an ordinary girl who, on her routine journey to summer classes, finds herself transported to an alternate world whose setting is limited to a school located in the middle of a vast ocean and where meets three girls who live there: Reina Miyauchi, Yuki Kinjou and Kokoro Utsubo. Together with them, he lives his days with a peaceful routine until a strange place mysteriously appears that they baptize as Heartscape: an area inhabited by monsters in which they come in search of materials to survive on a day-to-day basis and where they discover their powers as Reflectors, which allows them to deal with the dangers of each zone. Over time, the group decides that the only way to find answers to why they are in that strange world and how to return home is to explore that place, thus beginning an adventure that will lead them to unravel its mysteries and in turn find new ones. allies for your goal.

First Reactions To Venom There Will Be Carnage, Better Than The...

“The Real Me”: Katie Hummels delivers reality on Insta!