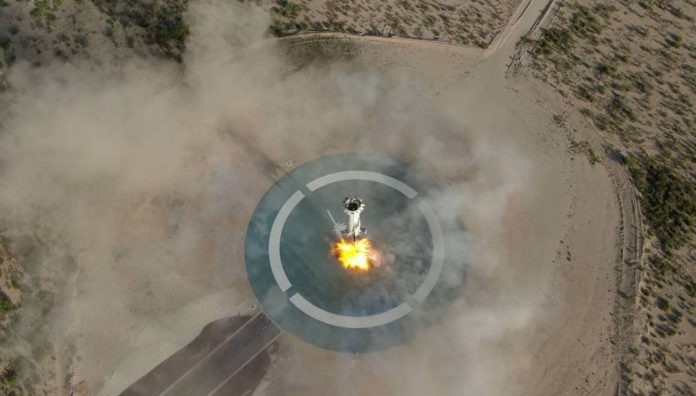 Blue Origin, an aerospace research company founded by Jeff Bezos and headquartered in Washington, will rehearse for astronauts on the 15th New Shepard test flight. Codenamed NS-15 on Blue Origin, this particular test will serve as a verification for the vehicle and operations before flying astronauts into suborbital space.

With this test, Blue Origin will take the opportunity to conduct astronaut operational exercises. Of course, when the spacecraft takes off, there will be no people on the ship. Those who will act as astronauts will enter the capsule before and after the flight.

Astronauts will communicate with the command center

Before launching, those who will act as astronauts will climb the launch tower, sit in their seats, fasten their seat belts, and conduct a communication test with the capsule communication device in the command center.

The turret operations team will close the capsule cover from the inside while preparing the vehicle for launch. But the “astronauts” will come out of the capsule before the new Shepard really takes off.

After the reusable vehicle returns to the ground, staff will re-enter the capsule to rehearse the hatch opening and then exit the landing site.

Blue Origin has been developing the New Shepard booster and capsule system for suborbital space tourism since the mid-2000s.

On the vehicle’s 14th test flight in January, the company tested the redesigned crew capsule to ensure the best “astronaut experience” possible. In addition, Blue Origin put a six-seat vehicle and booster to the test for the first time.

The company was hoping to make its first crewed flight in early April, CNBC said at the time.

Obviously, this situation will not happen. However, you can still view live images of the NS-15 and the astronaut rehearsal procedures on Blue Origin website.