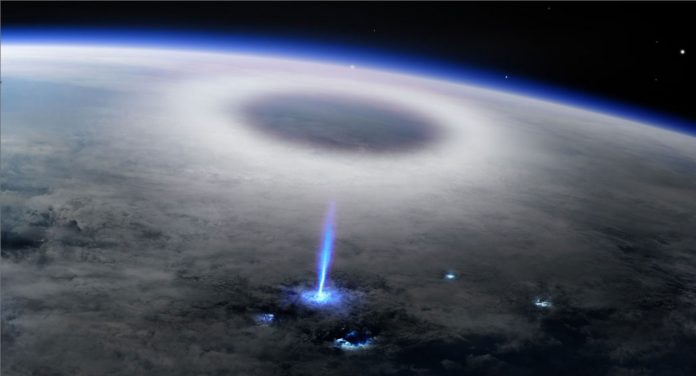 The weather event detected in 2019 and referred to as “blue jets” by the Atmosphere-Space Interactions Monitor (ASIM) on the International Space Station, was released by the European Space Agency.

It is stated that blue jets are difficult to see and examine from the earth’s surface because they occur above the cloud layer. For this reason, blue jets were detected and measured by ASIM in the International Space Station.

The European Space Agency (ESA) released the animation image of the “blue jet” in company with the report it prepared as a result of the measurement results it obtained.

The blue jet is called the atmospheric electrical discharge caused by electrons and radio waves interacting with the atmosphere during stormy weather conditions. According to the determinations of ASIM by ESA, it was stated that it started with an intense and rapid flash of light of 10 micro seconds.

It is stated that the exit point of the blue jet is Nauru Island in the Pacific Ocean.

In addition, it should be noted that ASIM is described as a monitor in the ISS, consisting of an optical camera and a photometer, designed to search for electrical discharges that extend into the upper atmosphere caused by stormy weather conditions.