Home Entertainment Blooming Business Casino – Build and Manage Your Casino in the 50’s... 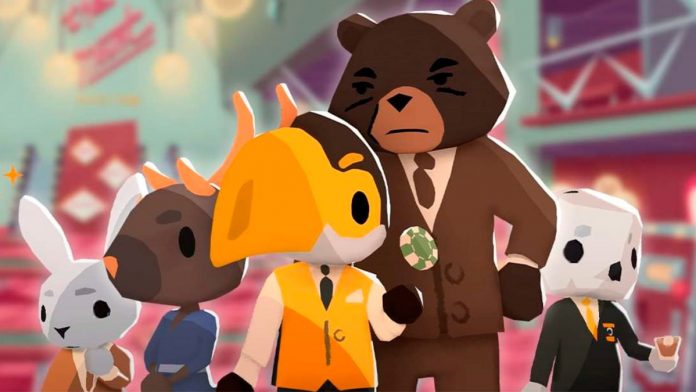 Blooming Business Casino: Indie studio Homo Ludens presents its first video game, a cartoon-style strategy and management title inspired by the golden age of Las Vegas.Blooming Business: Casino is the first video game from the French indie studio Homo Ludens, a very colorful cartoon-style strategy and management title in which we must build and manage our own casino inspired by the golden age of Las Vegas in the 1950s. It has been presented by its managers, sharing the first trailer and screenshots of the title, in addition to announcing that it will soon be available on Steam as early access.

Design your casino and manage it however you want

The new from Homo Ludens invites us to create our own casino starting from the lowest step to grow in every way, with the aim of having the largest and most elegant casino in the city. But the road will not be easy, since we will have to be aware of a lot of conditions, from decoration to commercial management, going through taking care of employees and establishing relationships with customers and getting to know them better to satisfy their wishes.

But we will also have to deal with the mafia and the police, moving between both sides, in addition to keeping the key figures happy; all through a charming cartoon-style staging and fictional setting in which animals can amass huge fortunes, work as dealers, and even control a murky world of organized crime.

“It’s so exciting to finally reveal our first game! For us as video game developers, it is very interesting to bring something new to an iconic genre that we have enjoyed as gamers growing up. All economic simulation games have a certain magic and we wanted to respect that formula, but Blooming Business: Casino will put more emphasis on the drama. It is a game where people will come to create their own casino and stay to see what happens, at least we hope so. We have interesting characters, important narrative events … Players will have to make decisions, some more complicated than others, ”explains David Rabineau, founder and CEO of Homo Ludens.

In addition, those responsible for it have ensured that the game will incorporate the title development tools so that players can create their own objects, decorations and characters. Blooming Business: Casino is coming to Steam soon as early access and can now be added to the wishlist.

DayZ: How To Play, Where To Download, Price and Editions