Home Crypto Bloomberg: Not ETH, these 3 altcoins have bullish signals! 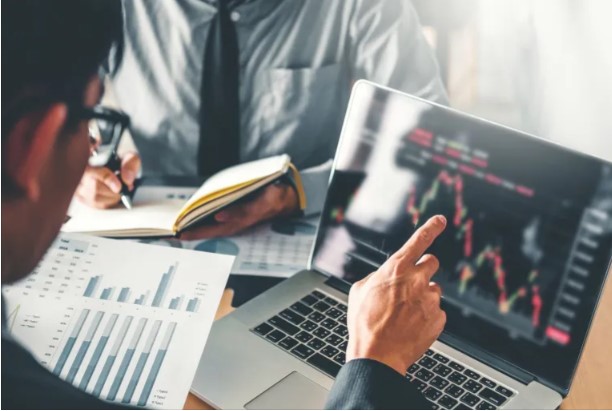 Bloomberg commodity analysts say Ethereum (ETH) is significantly undervalued, and all three of its biggest altcoin competitors are showing solid potential. Here are the details…

Bloomberg draws attention to the competitors of the leading altcoin Ethereum

In the latest Crypto Outlook report, Bloomberg strategist Mike McGlone says Ethereum is undervalued in the long run, based on a cash flow model that tries to predict the value of investments based on forecasts of future cash flows. The following expressions are used in the report:

Traditional investors may find that the rules of the game have changed when Ethereum has turned into a cross-asset with a unique combination of capital, commodities and monetary characteristics. One of our discounted cash flow models is currently reaching an Ethereum value of $6,128, which is 110% more than current levels.

Analysts note the huge revenue stream of Ethereum due to transaction fees, which, according to them, have increased by more than 200 percent annually since the creation of the blockchain. Commodity strategists also say that the trend signals for Solana (SOL), Terra (LUNA) and Avalanche (AVAX), which are advertised as “Ethereum competitors”, as we reported to Somagnews, are bullish.

SOL, LUNA and AVAX: risk appetite is back

Analysts are highlighting the clearly higher performance of the major cryptocurrencies of other major tier 1 chains during the broad market surge over the past few weeks, along with their three ETH competitors:

Tier 1 alternative assets such as Solana, Terra and Avalanche led the broader market recovery, reporting monthly returns for March of about 1.5-2 times the benchmark asset (ETH), even with higher volatility. This improvement in technical breadth is a sure sign that risk appetite is returning.

As for Bitcoin (BTC), commodity strategists look at historical crude oil figures to determine what the next trend might be. Analysts who view both assets as commodity markets suggest that relatively high crude oil prices compared to the discount of Bitcoin may mean that the price of BTC will rise as it returns to the average.

Here are 4 important altcoins to keep an eye on this...