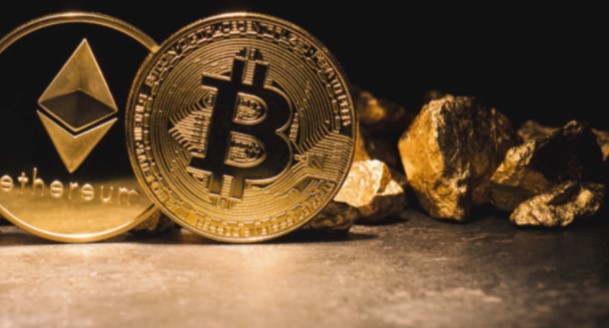 Over the past year, many analysts, including Bloomberg analysts, have set a goal of $100,000 for bitcoin (BTC), known as digital gold. However, Bitcoin (BTC) declined after reaching $69 thousand and was able to end the year at $46 thousand. Although real gold ended the year with a decline, in 2022 it shone with rising inflation and geopolitical uncertainty.

Bloomberg analysts don’t seem to have given up on their $100,000 goal for Bitcoin digital gold. As we also mentioned in Somanews news, analysts who often shared their estimates of $100,000 for bitcoin last year, considered as nirvana, continue to keep their forecasts high for the leading cryptocurrency and the leading altcoin.

Repeating their previous analysis, analysts see only a matter of time before bitcoin reaches $100,000, according to a recent research note published by Bloomberg. Analysts also believe that Ethereum does not have the value it deserves. The reasons are explained in the research note as follows:

Bitcoin and Ethereum are outperforming most assets, despite the fact that the Federal Reserve is closing the money taps and raising interest rates. Before the long-awaited transition from Proof of Work (POW) to Proof of Stake (POS) in Ethereum, its price seemed to remain low.

Analysts say that the Russian-Ukrainian war has increased the value of Bitcoin as a global digital reserve asset, and Ethereum has become the key to the Internet. Analysts comment: “Although the volatility of cryptocurrencies increased in the first quarter of 2022, this complements the narrative that Bitcoin is a global trading instrument operating around the clock and seven days a week, and is on the way to becoming a digital collateral.”

According to analysts, he states that the price of gold cannot work as expected in the conditions of Russia’s invasion of Ukraine and the ongoing war. Although they are optimistic about the yellow metal, they note that poor performance is an indicator of the transition to a digit.

Analysts’ view of the leading altcoin is quite optimistic. According to analysts, Ethereum will continue its path due to the fact that it is a deflationary asset, and may reach $ 61.00, which is 70% more than the current price. Analysts predict that the merger, which will switch Ethereum from PoW to PoS, will increase interest in ETH and turn it into a stock-like instrument with supply and demand dynamics.

Whales Sell Their SHIB! What Should Investors Expect?