Popular Bloomberg analyst Mike McGlone suggested that for the market value of digital gold Bitcoin to reach $ 1 trillion, the price of Bitcoin must first exceed the $ 20,000 threshold. However, the analyst said that the rising price movement will continue in 2021, referring to the limited supply and upward history of Bitcoin. In the lower chart he shared on his Twitter account, he showed that the biggest resistance point in front of Bitcoin is the market value of $ 1 trillion. 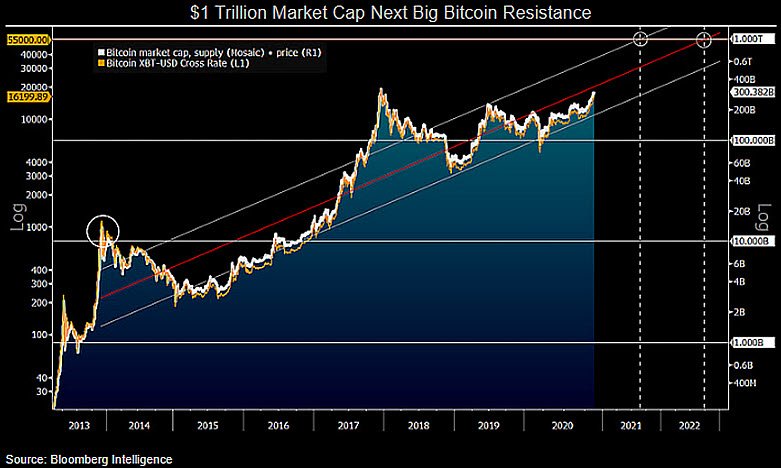 Reporting from Zycrypto, Brenda Ngari said that some analysts are expecting a correction in Bitcoin, but is still on the rise. Referring to the news that Moderna’s Kovid-19 vaccine was 95% effective, Ngari also briefly mentioned the Bitcoin report of Citibank’s general manager and reminded Citibank’s bullish comment on Bitcoin. Citibank managing director Tom Fitzpatrick said in his Bitcoin report that BTC could rise to $ 300,000 by the end of 2021.

Bitcoin’s view of the last 24 hours

Is The Next Stop Of Bitcoin 5 thousand 200 Dollars?

4 Fall-Inspired Outfits to Stay in Style