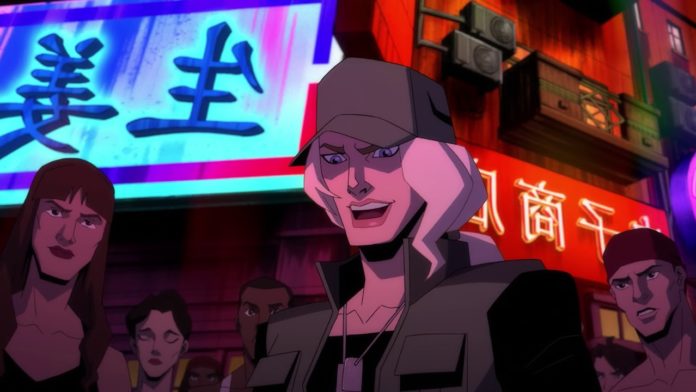 The first image released was an impressive introduction to the long-awaited DLC character Spawn, while in the second image we came across a video about the upcoming animated movie Mortal Kombat Legends: Scorpion’s Revenge.

There are important warnings at the entrance of the trailer. The warning about the language and violence used is that those under the age of 17 should not watch the video without their parents or anyone older than him, because the trailer, which is about two minutes long, contains scenes with fearful moments and violent fights.

Here is the trailer for Mortal Kombat Legends: Scorpion’s Revenge:

In the trailer, the most legendary fighters of a generation come together for a deadly fight. Legend characters like Scorpion, Raiden, Liu Kang, Sub-Zero, Sonya, Johnny Cage are in the same movie. The film is about a fight tournament that is held only once per generation. Mortal Kombat will bring the end of all wars.

Warner Bros. To mention Mortal Kombat Legends: Scorpion’s Revenge, which was brought to life by the film; It will be presented to the audience as an animated martial arts movie following the Mortal Kombat series created by Ed Boon and John Tobias.

Dates that the movie will be released:
The film will be released on digital platforms on April 12, 2020. For Blu-Ray and 4K Ultra HD version, the date is set as April 28, 2020. Jeremy Adams, who we know from various cartoons, wrote the script. In the director’s chair, there is Ethan Spaulding, whom we know from Avatar: The Last Airbender, Thundercats, Mike Tyson Mysteries, The Looney Tunes Show.

Aya Nakamura: She laughs at her departure from Vladimir!

Lucifer Season 5: Behind the scenes with Chloe revealed!