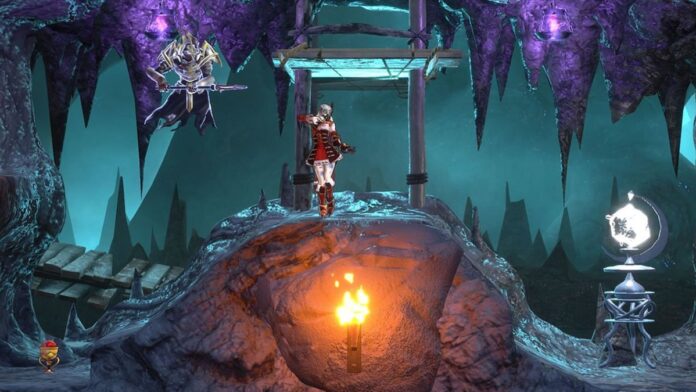 Koji Igarashi’s spiritual successor to Castlevania continues to offer new features as free content. A game with a classic flavor. That’s what a title like Bloodstained: Ritual of the Night offers gamers hungry for an experience of yesteryear adapted to the times.

This is a clear homage to Castlevania, the Konami saga revitalized after Koji Igarashi and his team adopted a genre that would later become known as metroidvania. For some time a classic modality has been rumored, which is now made official by the hand of the video game’s own Twitter account.

“Classic mode brings back the old-school gameplay as you fight through five levels against demons,” they wrote in the tweet. Users will have to annihilate the most powerful final bosses, and they will be able to do so very soon, since the developers plan to launch it in January, still without a more concrete date. It will be completely free content for all those who have a copy of the video game.

Another novelty is the arrival of Bloodless as a playable character, which is available from the beginning of this month. On the other hand, Bloodstained: Ritual of the Night premiered in December on an additional platform: the full edition can be enjoyed on both Android and iOS mobile devices, at a recommended price of 9.99 euros. The title plays on mobile phones with the same visual fidelity. As if that weren’t enough, it incorporates all the downloadable content released on other platforms.

Bloodstained: Ritual of the Night is a game developed by ArtPlay and published by 505 Games for PS4, Xbox One, Nintendo Switch, PC and mobile terminals. Naturally, Igarashi’s work is playable on next-gen consoles thanks to the backward compatibility features of the PlayStation 5, Xbox Series X, and Xbox Series S.