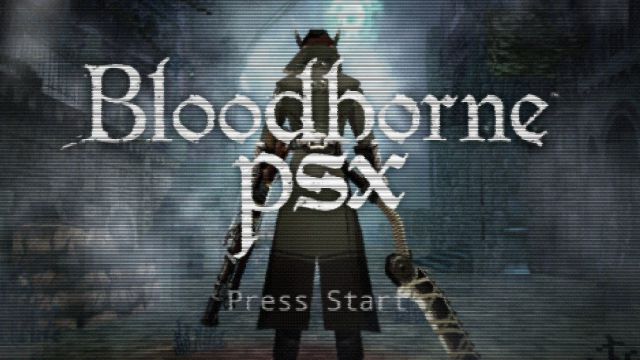 Bloodborne: The From Software game is available exclusively for PS4 and PS5, but a developer has created a PSX-style version for PC. That fans request a Bloodborne patch to improve framerate or a PC version are recurring requests, but so far there is no news about it: From Software’s game can only be played on PS4 and PS5 consoles (through the backwards compatibility)… at least so far. The developer Lilith Walther has published a PSX-style demake on PC, a well-known project that can be enjoyed for free.

Bloodborne looks like a game from the first PlayStation with its core features intact, though the graphical change hasn’t come without cost. And it is that the number of enemies is less than that of the original game, although this version reproduces the moments of the classic from the creators of Dark Souls and Elder Ring.

The project has been in development for some time and has finally been launched. So far, Sony Interactive Entertainment has not made any move to remove the game from Itch.io, but large companies do not usually tolerate what they consider to be illegitimate use of their intellectual properties. The usual thing is that they request the removal of content, as has recently happened with the mods of Grand Theft Auto.

In Bloodborne, players travel to a city full of monsters and horrible creatures. The final bosses and the toughest challenges await us around every corner. Although Demon’s Souls has had a remake, at the moment there is no news about a possible improved version of this title for PlayStation 5.

From Software finalizes the development of Elden Ring, its new video game for Xbox One, Xbox Series X, Xbox Series S, PS4, PS5 and PC. The team led by Hidetaka Miyazaki will publish the Bandai Namco controller game on February 25.

Joe King reflects on how he “let go of the life”...