Home Entertainment Bloodborne in The First Person: This Is What The Spectacular Mod Of... 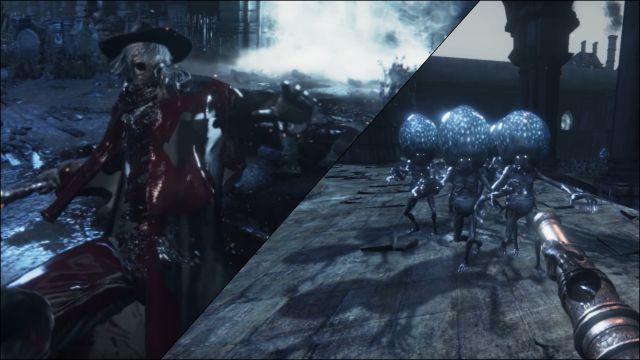 A reputed modder shows what it would be like to fight in Bloodborne from a first-person perspective.Bloodborne like you’ve never seen it before. The community behind the From Software game has taken the PS4 exclusive into a different perspective than usual. What would it be like to fight the beasts of Yharnam in the first person? Garden of Eyes, a reputed YouTube modder, has worked on what he claims to be his “most ambitious project”.

One of the creator’s collaborators, named Zullie the Witch on the platform, explains that this mod has more value than others, since From Software “has barely changed its camera from Demon’s Souls to Sekiro”. In the video, which you can see below these lines, some of the most relevant fights in the game appear in a way that was previously unheard of. Yes, the video gives an answer to what it would be like to fight Lady María from the eyes of the hunter.

This would be a sequel to Bloodborne on PS5

The name Garden of Eyes will sound familiar to some, and it is no wonder. Last May, he surprised Bloodborne fans with the creation of a trailer that imagined what its sequel would be like on PS5. “As you know, everyone is waiting for some news about an improvement to Bloodborne on PS5, so I have taken the trouble to create a complete concept for a sequel,” it said in a post on the ResetEra forum.

In fact, he even drew up a description of how the narrative would follow. “After the events of the first game, the nameless hunter has defeated the origin of the Dream, the Lunar Presence, and has transcended to a higher plane; marking the beginning of a new beginning and managing to be born under the name of Apotheos. With this new power, he must stop the hunt once and for all, or so he thought … “.

Through this link you can see the full trailer. Remember that Bloodborne remains available exclusively for PS4; compatible with PS5.

How to watch Hulu streaming in Brazil?