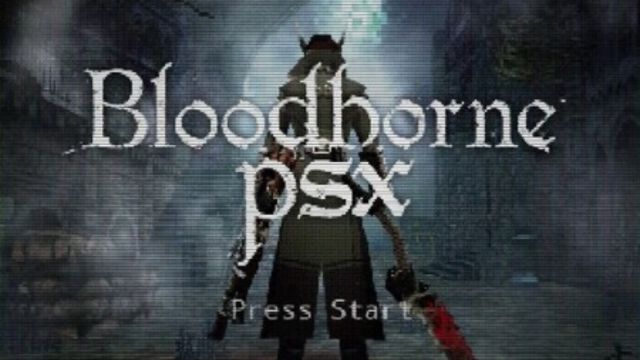 Bloodborne: The project is progressing at a good pace and Lilith Walther, its creator, shows us what the first bars of the popular From Software game look like. Bloodborne is one of the most beloved games of the past generation, and you know how fans of the family of titles created by From Software spend them. A few months ago we told you about a demake of the Yharnam adventure or what is the same, a project focused on significantly reducing the graphics of a title to make it pass as an experience according to old consoles. The author, Lilith Walther, has continued to lead it, to the point that we can already enjoy the beginning of the game and its first minutes of gameplay.

In the video below, you can see how the game would look if it ran on a PSX; the character editor, Iosefka’s Clinic, the first confrontation with an enemy and even the initial visit to the Hunter’s Dream, the place that serves as a link and where we can interact with the Doll and the Messengers, among other actions . Enjoy it.

Bloodborne: one of the most loved in the community

Released in 2015 as one of the first major PS4 titles, Hidetaka Miyazaki’s adventure was a bit different from what was seen in Demon’s Souls and the two Dark Souls installments we’ve seen to date. The commitment to a much more aggressive combat system, a most Lovecraftian theme and the inclusion of optional dungeons designed to cooperate with other players gave rise to a title derived from the main franchise, which today is among the favorites of the community.

Bloodborne is available on PS4, is compatible with PS5, and is included in the PS Plus Collection catalog.

The new Xbox Game Pass is one of the most popular...