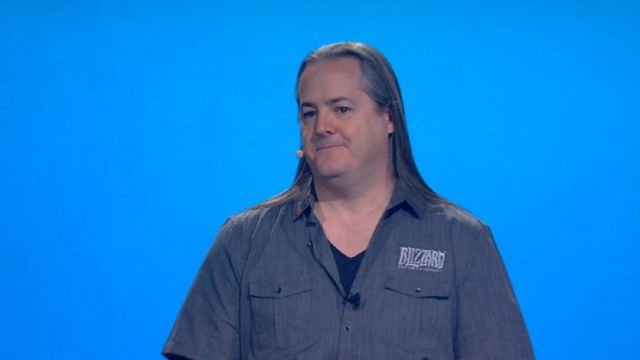 In an open letter on its official website, the study underlines that the two new leaders “are enormously committed to all of their employees.” “With the work ahead to ensure that Blizzard is the safest and most welcoming workplace possible for women, people of any gender, ethnicity, sexual orientation or background; to maintain and reinforce our values; and to rebuild your confidence. With their many years of industry experience and deep commitment to integrity and inclusiveness, Jen and Mike will lead Blizzard with care, passion and dedication to excellence. ”

For those who do not know the names of her successors, Jen Oneal has been the leader of the Vicarious Visions team until the studio merged with Blizzard; she since January she acts as executive vice president of development. Mike Ybarra, on the other hand, will sound familiar to Xbox fans. He left Redmond to join this team in 2019, where he has overseen the evolution of Battle.net and the organization of development services.

Although both have not yet spoken, Brack has. The until then president of Blizzard Entertainment has underlined the commitment of the successors of him before the challenges that will be in the way. “I am confident that Jen Oneal and Mike Ybarra will provide the leadership Blizzard needs to reach its full potential and accelerate the pace of change. I anticipate that they will do it with passion and enthusiasm; they can be trusted to lead it with the highest levels of integrity and commitment to the components of the culture that makes Blizzard so special. “

Golden Ring: all the knowledge related to the furious flame