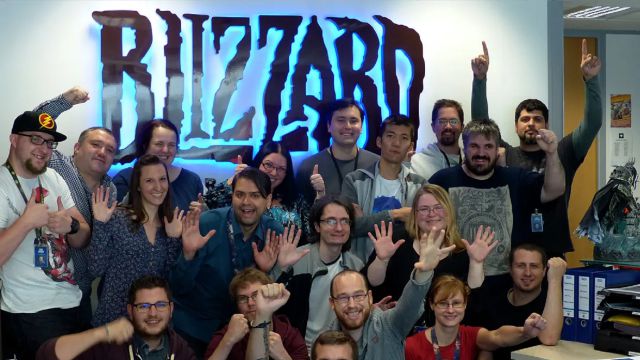 Blizzard: The Diablo IV, World of Warcraft and Overwatch 2 company suffered a loss of reputation after the alleged harassment cases were revealed.Blizzard Entertainment is not going through its prime. After the bomb that has been the complaint of the State of California against Activision Blizzard, Americans continue to lose the reputation they had built throughout all these years. The problems within the company began earlier, with several controversies that did not work and with the goodbye of some of its most veteran members. They have also lost half the mass of players in just four years, as a graph posted on Reddit shows.

According to these data, the peak was reached in the second quarter of 2017, when Blizzard Entertainment titles managed to reach 46 million active users. That number has inexorably declined as the months and years have passed. Currently (Q2 2021), the creators of Warcraft and Overwatch have 26 million active users. Even when they released World of Warcraft: Battle for Azeroth and World of Warcraft: Shadowlands, that downward trend continued to intensify.

Upcoming projects on the way

There is no single data that explains the free fall, but there is a set of factors that have eroded the name of Blizzard Entertainment. All in all, the company continues to work on some of the most anticipated video games. In addition to Overwatch 2, which has been in development for quite some time, Diablo IV continues to take shape. Also, the closed beta for Diablo II: Resurrection, prior to its launch in September.

The California complaint has not only caused a stir among the press and the players, but also within the company itself. Its until now president, J. Allen Brack, sent a letter in which he promised to the employees to improve the situation, but has finally left Blizzard. Luis Barriga and Jesse McCree, Diablo IV director and chief designer, have left their jobs following their impeachment.