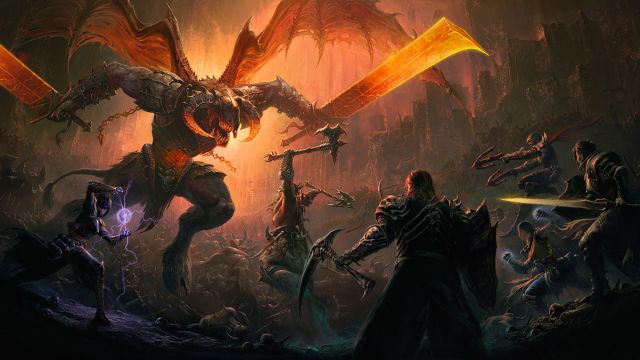 Blizzard: Activision Blizzard talks about all the improvements that will be implemented in Diablo Immortal after the closed beta that took place recently. Despite all the internal changes that Microsoft’s acquisition of Activision Blizzard will surely entail, nothing has changed at the moment when it comes to video game development. One of them is Diablo Immortal, presented a few years ago at a Blizzcon in a disappointing way for fans, but about which Blizzard has updated information, and anticipates that plans to launch it this year are maintained.

More work ahead at Blizzard

It has been on Blizzard’s own official blog where several members of the study in charge of Diablo Immortal have spoken about what is to come, especially considering the feedback they have taken after the closed beta. “After this playtest, our team continues to make substantial progress in getting the game into the hands of the world,” said Game Director Wyatt Cheng in the post. “We still plan to release it in 2022, and today we want to share what we’ve learned from the closed beta, which has led to critical changes to the social aspect of the game, raids, in-game purchases, and more.

As you can see, they want to place special emphasis on cooperation and communication between players. “Diablo Immortal is an MMO, and an important part of any MMO is the friendships you form and the sense of community you belong to,” says Cheng. “Our game’s social communities begin with parties, and we want to promote partying among like-minded players with common goals.”

It must be remembered that Diabllo Immortal was scheduled to launch during the past year 2021, although everything they had to implement after collecting a lot of information from the players forced Blizzard to delay it to have the necessary time to work on these news. It will finally arrive throughout that 2022 on iOS and Android, although for the moment it has not been reiterated in the window of the first half of this year, as was said then.