Home Entertainment Blizzard Employees Say That “Mismanagement” Leads to Delays in The Release of... 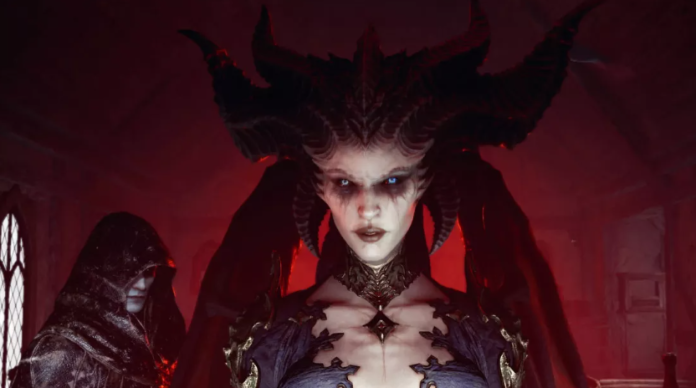 Long-awaited: As expected, Blizzard took time at The Game Awards 2022 to announce the release date of Diablo IV and begin pre-orders. The release of the long-awaited title is scheduled for June. However, some Blizzard employees believe that the release window may be too optimistic.

On Thursday, several anonymous Activision Blizzard employees told The Washington Post that a June release date for Diablo IV seems unlikely, unless they cut parts of the game or there is a massive crisis period. Sources say the game has already faced several unannounced delays. This statement has some weight, given that the November leaks indicate that the game will be released in April 2023.

The two-month delay of the game, which is already in beta testing, seems reasonable — the extra time should give developers the opportunity to put the finishing touches and polish the title. Nevertheless, WaPo sources paint a darker picture, complaining about mismanagement, high staff turnover and the possibility of a serious crisis due to “meager” rewards.

Crunch is usually voluntary overtime work consisting of extra hours and weekend work for higher pay, usually 1.5 times the standard employee salary. Gaming companies also encourage avrals by offering other rewards in addition to a higher pay rate. Incentives may include bonuses for the timely release of the game, stock options, and even a share of the initial sales.

Although crunch has almost always been a part of game development, it has gained a bad reputation in recent years due to some companies making it mandatory or not offering “fair” compensation. A couple of years ago, CD Projekt Red was sharply criticized for requiring the developers of Cyberpunk 2077 to work six days a week at a critical moment when they promised no mandatory overtime.

Anonymous employees say Diablo IV may be too far behind for a June release to be reasonable. They pointed to an example of a team for a specific but unnamed part of the project, consisting of about 20 developers, which lost almost half of its members in one year. Insiders said employees left to find “more competitive wages and better working conditions” at other companies, but did not mention whether Blizzard had replaced the missing staff.

Blizzard did not comment on the depletion, but a representative said that production is on schedule and going smoothly.

“As you may know, game development in general, and Diablo IV in particular, follows an iterative process in which the scope of work changes over time,” Blizzard spokesman Andrew Reynolds said. “The work on the game is going very well. Overtime is voluntary and limited to individual teams. We regularly interview the team about their professional well-being, and the latest results are the most positive in recent years.”

Blizzard’s position is that overtime is strictly voluntary. He offered various incentives to encourage employees to work overtime, in addition to paying overtime. For example, any employee who works 10 or more hours a day receives a $25 DoorDash voucher to cover some expenses while working. The company also offered bonuses for profit sharing, including doubling employee shares after the release of the game and paying out shares in the amount of $5,000 to $50,000, depending on the position and length of service. Some employees consider these incentives “unnecessary and destructive.”

“They encourage management to cut corners, make compromises and deliver products that are not ready for release, instead of doing what is best for creating long—term value,” said one insider. “In fact, this is just a way for the company, without imposing a crunch, to make people work a lot, much longer, strain themselves and burn out in order to save the company money and get it faster.”

Regardless of what insiders think, Blizzard has officially announced a release date of June 6, 2023. Crisis or not, if Diablo IV fails to meet this deadline, fans can forgive, but investors can’t.

The TikTok star, who was banned from visiting the Disney world...