Home Entertainment Blizzard Confirms Firing of Diablo IV Director and Designer, Among Others 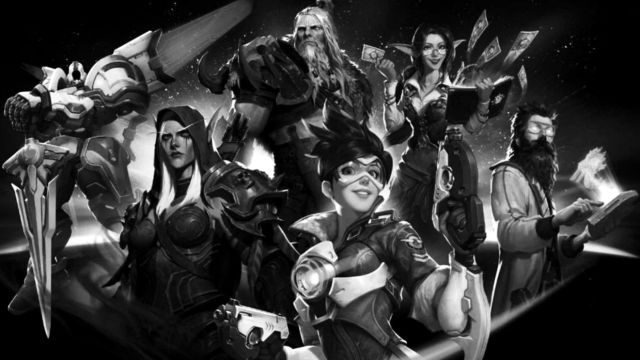 Blizzard: Luis Barriga, Jesse McCree and Jonathan LeCraft leave the company, as Kotaku has advanced in a report issued by the company itself.Luis Barriga and Jesse McCree, Diablo IV Director and Lead Designer, along with World of Warcraft Designer Jonathan LeCraft, have left Blizzard as a result of a layoff. The information, advanced by Kotaku during the early hours of this Thursday, has been confirmed shortly after by Activision Blizzard itself.

Sources close to the information explain that their marches were first communicated to the development teams internally; shortly after they stopped appearing in the directory of the Blizzard channel of Slack, the communication channel used by the North American firm. Activision Blizzard was quick to respond to avoid speculation:

“We can confirm that Luis Barriga, Jesse McCree and Jonathan LeCraft are no longer with the company,” they reply. “We have a deep and talented roster of developers already in place and new leaders have been assigned where appropriate. We are confident in our ability to continue to progress, offer incredible experiences to our players and move forward to ensure a safe and productive work environment for all, “adds the company, involved in a scandal of accusations of labor and sexual abuse.

After a clear display of mistrust on the part of investors in the stock market and the response of more than 2,000 employees, who described Activision Blizzard’s initial passive response as insufficient, we met the abandonment of J. Allen Brack, until now president of Blizzard and critical of the situation. For his part, Bobby Kotick, CEO of the corporation, indicated that people will be “accountable” for what happened.

Why have Luis Barriga, Jesse McCree and Jonathan LeCraft been fired?
Although Activision Blizzard has not offered specific details to justify this chain of layoffs, a source tells Kotaku that they do have to do with the allegations known by a lawsuit filed by California (California Department of Fair Employment) on July 20.

In fact, Jesse McCree, who also gives his name to one of the Overwatch characters, appears in the famous photo of the Cosby Suite, as the directors of the company called themselves, in which others such as Alex Afrasiabi, director of World of Warcraft; fired last year for inappropriate behavior