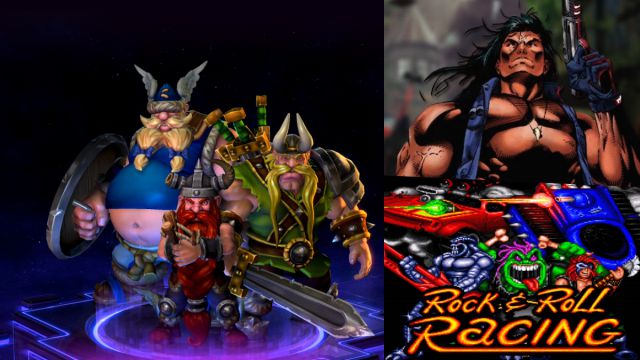 This time it was not in Taiwan, but the PEGI (Europe) has been a few hours ahead of BlizzCon 2021 and has published the file of Blizzard Arcade Collection, a compilation of classic titles that will include Lost Vikings 1, Rock & Roll Racing and Blackthorne .

Despite the fact that at the time this news is written they have already deleted the file, they have done so too late, because the captures are already around the network. Gematsu shared it before the corresponding deletion took place. Blizzard Arcade Collection is expected to be announced during BlizzCon 2021, the annual event for fans of sagas such as World of Warcraft and Diablo.

It is not the only product that has come to light prematurely. Everything seems to indicate that Blizzard has leaked a press release related to World of Warcraft Classic: The Burning Crusade, which according to these documents will be marketed sometime in 2021. It is not the first time this possibility has been leaked , although so far it had not had any official status.

The questions will be answered, we assume, during BlizzCon 2021, that according to the current health situation, this time it cannot be held in person. Thus the things, the interested ones will have to follow the conference in streaming.

The opening gala can be viewed directly from the Blizzard Entertainment website and official YouTube channel. It is confirmed that there will be new information on several of the most important brands of the company, World of Warcraft, HearthStone, Diablo and Overwatch. Unlike other occasions, BlizzCon 2021 in February is completely free. The show will last about 60 minutes.

Jack Dorsey, Mark ZuckerBerg, Bill Gates… What are the Views of...