Home Entertainment Bling Empire: Everything You Need to Know about Newcomer Mimi Morris 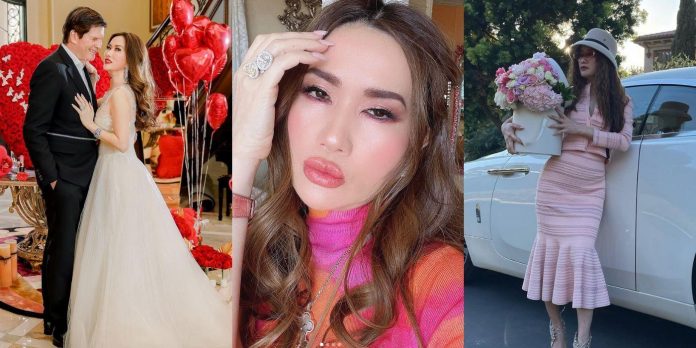 One of the new stars of Bling Empire, Dorothy Wang, has confirmed that the brilliant reality show will return to Netflix with a third season. The series showed viewers how rich this group of friends lives and that their culture is at the forefront of it all.

Regardless of the drama or setbacks that occur in the series, this group of friends takes care of each other and supports each other through the ups and downs that fans can’t wait to see more of in season three. another newcomer who joined the group in season 2, Mimi Morris. Morris didn’t have much screen time in the series, but the small moments shown fascinated viewers. About everything from her lifestyle to her marriage, there were fans who wanted to know more.

Mimi was married once

Now that fans know everything they can about newcomer Dorothy Vanth, they want to know more about Mimi’s personal life. In the show, Mimi explained that despite the 20-year age difference between her and her husband, she loved him, but did not want to marry him.

She told the cameras that she had already been married and did not want to divorce anymore. However, after 10 years of dating, their love became stronger than ever, and they got married. Now they have been together for more than 20 years.

Don is one of the richest people in Los Angeles

Donald Morris is the CEO of Morris Group International. According to the company’s website, he took over the family business and achieved the success he is today.

Having worked for the family company for more than 50 years (not to mention owning other companies outside of Morris Group International), it seems that Don is not slowing down any time soon. According to Blurred Reality, Don earns over $800 million a year. Like his wife, Don didn’t appear too often in the series, but his lighthearted scenes made him one of the cutest characters in Bling Empire.

While it’s easy to wonder how the actors earned their money and earned their own capital, fans were more interested in Mimi’s backstory, which wasn’t talked about too much in the second season.

According to The Cinemaholic, at the age of 7, Mimi and her seven siblings were trying to flee Vietnam when the war broke out. The family failed to escape and had to live “in a big hole in the ground for two years due to lack of water and food.” Eventually Mimi made it to the United States, had children, got married and started her bright future. Fans hope to learn more about Mimi’s childhood and immigration history in the third season.

She has more children than Skyler

Seeing how stupid and carefree Mimi was with her friends, husband and little son, the audience wanted to see her on their screens. Mimi noted that she and Don have a son together, Skyler, who takes up most of their time since he turned 10 in May 2022.

But, as it turned out, Skyler is not their only child. Mimi has two adult children, Hai Tran and Hannah Oquist, from a previous relationship, whom she praises on her Instagram. Mimi is also the grandmother of her daughter’s daughter Scarlett. And according to the Morris Group International website, Don has three children of his own who work for the company but were not featured in the series.

Mimi is a philanthropist

Little has been said about Mimi’s role at Morris Group International or whether she has her own business, but she is said to be a philanthropist.

Being one of the richest women on the show (and in Los Angeles), Tatler Asia talked about all the ways Mimi gave to society. According to the website, Mimi contributes to and helps “The CHOC Children’s Foundation, which helps Orange County Children’s Hospital (CHOC).”

All about her incredible home

In the first episode of Bling Empire, fans saw Mimi’s incredible home when she threw a vow renewal party for her and Don. The band’s quotes proved how rich Mimi was after she settled into her property. The backyard was strewn with butterflies, flowers and crystals.

According to the Orange County Business Journal, they bought their mega-mansion in 2018 for $8.8 million. The house is located in The Strand at Headlands, a gated community in Dana Point, California. The 7,000-square-foot beach mansion has six bedrooms.

Her friendship in Bling Empire

Since the Empire of Sequins is a friendship, Mimi was invited

Game of Thrones: George RR Martin revealed what we suspected about...

Foundation: Season 2 Of The Apple TV+ Series Gets First Images