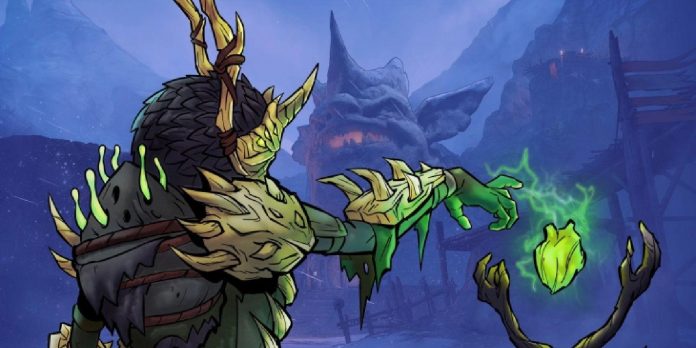 The fantastic tabletop role-playing game Tiny Tina’s Wonderlands from Gearbox Software and 2K Games turned out to be a successful by-product of Borderlands. The title of 2022 contains all the treacherous wackiness of Borderlands, with the brash humor of the series and excessive action, very obvious in the gameplay of Tiny Tina’s Wonderlands. However, the recent release also offers many of the franchise’s own ideas and formula twists, giving players a new take on the Borderlands adventure with its aesthetics and TTRPG themes.

It still has first-person shooter elements, loot-based gameplay, and a crazy cast of characters, just like its sci-fi predecessors, but Tiny Tina’s Wonderlands focus on fantasy and its Bunkers & Badasses role-playing features provide players with a really nice and fresh take on the popular Borderlands series. According to its themes and settings, Tiny Tina’s Wonderlands has a collection of unique classes from which gamers can choose when creating their main character, and it was recently announced that a completely new class will appear in the next DLC.

While previous Borderlands games allowed players to choose a class to play, from mighty sirens to deadly gladiators, the characters were always set and only slightly customized. Each Vault Seeker had their own unique character traits, skills, and abilities, but players couldn’t change their appearance or who they were. In addition, there were only four options in the Borderlands base games. Tiny Tina’s Wonderlands was an opportunity to really mix things up, and adding a character creator with a variety of features turned out to be a popular new feature. Gamers could set up their own Fatemaker and choose one of the six primary classes, and fans even had the opportunity to choose a subclass for further customization.

Tiny Tina’s Wonderlands seems to be following in the footsteps of previous games like Borderlands 2 and Borderlands: The Pre-Sequel, which have added new playable characters to their DLC, such as Mechromancer Gage and Baroness Aurelia. When launched on Steam, Tiny Tina’s Wonderlands will add a brand new Mirror of Mystery DLC called Molten Mirrors, which will include a Blightcaller class — a shamanic elementalist with his own unique set of skills.

Abilities of the Putrid

The mysterious Rottenness has just been announced, and Gearbox Software has stated that it is keeping secret the specific breakdown of the abilities of the new class until the release of the Shattering Spectreglass add-on, although some details have already been made public. As an elementalist shaman, Rotten will focus less on weapons than classes such as Claw-Bearing. They will be able to direct spirits to help them in battle, as well as summon storms to crush enemies and wreak havoc.

Like the Keeper of the Spores, Rotten has a penchant for poison and uses elemental aspects to deal damage to enemies. From what has been revealed so far, it seems that Putrefaction may be a perfect match with the same toxic Keeper of Spores, which can also cause tornadoes that can combine with the storm forces of Putrefaction. Similarly, the ability of the Summoner Rot to communicate with spirits goes well with the skills of Dark Magic and the Touch of Death of the Grave-Born, but players will have to decide for themselves how they want to make the best use of the unique techniques of the Summoner Rot.

While Blightcaller can summon spirits, it’s unclear if they’ll have their own companion, such as fire-breathing Wyvern Clawbringer or mushroom buddy Spore Warden spewing toxins. Whatever their abilities, adding a new class to Tiny Tina’s Wonderlands will help mix things up and may bring players back on board after a fairly mediocre DLC to date.

Black Widow: what does the post-credits scene mean?