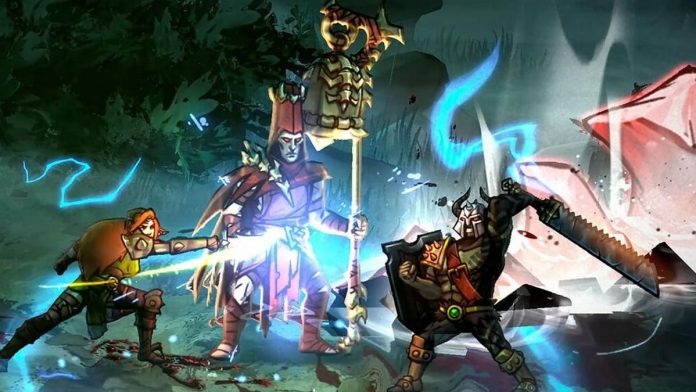 Blightbound: Ronimo Games, the studio in charge of the game, announces that this cooperative title for up to three players will arrive later this month. To speak of Devolver Digital is to speak of one of the most irreverent companies of today, but also of practically a guarantee of quality when it comes to independent titles. The last one that has made the news is Blightbound, a curious cooperative dungeon crawler that has presented its launch date, and it will be soon, since it will be launched on PS4, Xbox One and PC at the end of this month, specifically on the 27th. Of course, it can also be played on next-generation consoles, PS5 and Xbox Series, thanks to the backward compatibility of both.

This was announced by Ronimo Games, the studio in charge of the game, which has ensured that it will be just that day when it leaves the Early Access format on Steam to launch on consoles and PC. Also, fortunately for those friends who play on different platforms, it will have cross play.

Exploration and combat for three players

Thus, in groups of three players -to choose between three classes: Warrior, Assassin and Wizard-, the objective will be to reach the top of a mountain to be able to face a mysterious fog, which is what gives the game its name. This will offer a development in handcrafted dungeons in which you not only fight different enemies and bosses, but also solve “ingenious puzzles”, as well as, of course, collecting a good amount of loot.

It is also known that among the three classes there will be up to 20 different heroes, each of them with their own skill tree, and which we can unlock as we progress through the story, in addition to improving them with objects that we can find or craft during the adventure. Like the scenarios, they are all drawn by hand.

With this, Blightbound will arrive with its cooperative action later this month, on July 27, to PlayStation 4, Xbox One and PC.

Fear The Walking Dead: Why Many Think We’re Near The End...