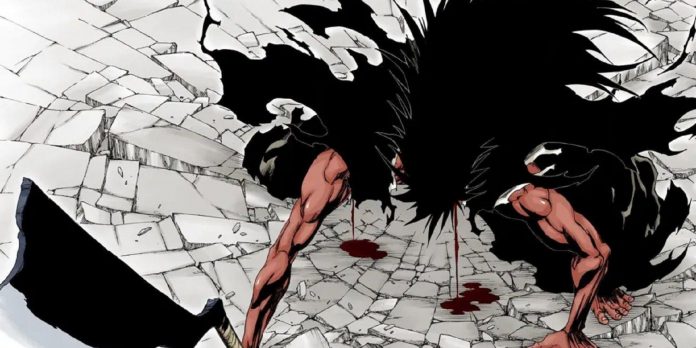 In Bleach, the rank of Soul Reaper lieutenant is of great importance. These people are usually outnumbered only by captains. However, in the case of Squad 11, their lieutenant has been a deceptively strong little girl for a long time. Yachiru Kusajishi was a constant companion of her captain Kenpachi Zaraki, until she disappeared under mysterious circumstances during a Thousand-year bloody war. Ikkaku Madarame, third in Squad 11, replaced her as lieutenant at the end of Bleach.

The absence of Yachiru at the end of the series stands out because she did not die in battle, but simply disappeared, leaving her uniform and badge, in chapter 579. Her disappearance coincided with the defeat of Kenpachi Quincy Grammy, but there was no good explanation for what happened to her. Then, in chapter 668, Yachiru reappeared in front of Kenpachi, lying on the ground near death after trying to fight Quincy Gerard Valkyrie. At this time, Kenpachi finally gets access to his bankai, but most sources refer to him not as Yachira, but as his spiritual sword, Nozarashi. However, they may well be the same.

The case of Yachiru as Nozarashi

The apparent reappearance of Yachiru is very short, and not much context is given in order to say for sure whether she is or not. However, if Nozarashi really is a separate being, and he imitated Yachir, he perfectly assimilated her manners, going so far as to call Kenpachi “Ken-chan”. Kenpachi also calls this creature Yachiru when it first appears and asks where she has gone. Of course, the very fact that Yachiru disappeared before all this happened confirms that she and Nozarashi are one and the same.

The fact that Yachiru is a Nozarasi makes sense if we take into account her origin. She appeared before Kenpachi as a young child after he used his zanpakto to kill a group of men, and she was completely unfazed by the bloody sight in front of her. She then followed Kenpachi almost everywhere he went, and the two of them became Soul Reapers together. The strange relationship between a bloodthirsty warrior and a careless child creates a situation in which each of them balances each other.

The timing of Yachiru’s disappearance and apparent reappearance also fits very well with the theory that she was Nozarashi all along, getting rid of the need for a separate body as Kenpachi became more in sync with her spiritual sword. In addition, the phenomenon of Zanpakto spirits manifesting in the real world along with their respective Soul Reapers is extensively explored in the non-canonical Zanpakto Rebellion. Although these events do not occur in the manga, it shows that at least somewhere in the Bleach universe there is a precedent for such an event.

What can be said for sure is that Kubo wants us to think that Kenpachi and Yachiru have not only a physical, but also a spiritual connection, and if she is in fact Nozarashi, this will confirm it.

The fact is that Nozarasi was a separate

Although at first glance it seems that the idea that Yachiru is a zanpakto Kenpachi fits neatly into the image that Kubo drew of their strangely close relationship, there are certainly several problems with this theory. First, when Nozarashi reappears in chapter 668, she performs feats that Yachiru was not known to be capable of, including transferring spiritual energy to Kenpachi. Although this does not refute the theory, it raises questions about why Yachiru did not do this before. She just couldn’t?

However, the most convincing proof that Yachiru is not Nozarashi is that before her disappearance, Yachiru presented her own unique spiritual sword while fighting Quincy Genael Lee. Zenpakto Yachiru, Sanpo Kenju, has completely different abilities than Nozarashi. While Nozarashi transforms into a giant cleaver only in his shikai state, shikai Sanpo Kenju summons two creatures, each of which mimics the attacks of Yachiru, one immediately before and one after. The way Yachiru and the creatures work in tandem makes it difficult to evade her attacks at close range.

If Yachiru is the spirit of zanpakto, she is the only one who has her own, separate shikai. Isane Kotetsu, the lieutenant of Unit 4, also noted that shikai Yachiru is unique because her blade does not change during its use. While this could potentially illustrate that Sanpo Kenju is not a real shikai, there is simply not enough evidence to confidently assert such an argument.

After all, it is currently impossible to say whether Yachiru was really Nozarasi, as there are compelling arguments both for and against this theory. Yachiru’s disappearance has yet to be fully explained, and it seems that even the other characters have no idea what exactly happened to her.

PUBG’s switch to a Free Game Pays Off

Hilaria Baldwin reflects on how pregnancy changed as she got older:...