Home Tech Blasphemous wins with Bloodstained: Ritual of the Night

The Blasphemous game is due to receive an update on the 18th that adds a crossover. Called Strife and Ruin, the update adds the character Miriam from Bloodstained with a new narrative for the game.

In the update, the protagonist of Blasphemous, known as The Penitent One, is expected to help Miriam return to her world. The challenge is to rebuild a destroyed portal by collecting the broken pieces. For this, the player will face new enemies and challenges for new maps. Check out the trailer below:

The free DLC also comes with some other news highlighted by Team17, publisher of the game:

Blasphemous was released in September 2019 and is available for Nintendo Switch, PlayStation 4, Xbox One, Linux, Microsoft Windows, Classic Mac OS. 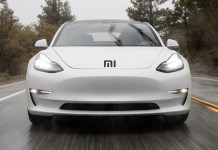