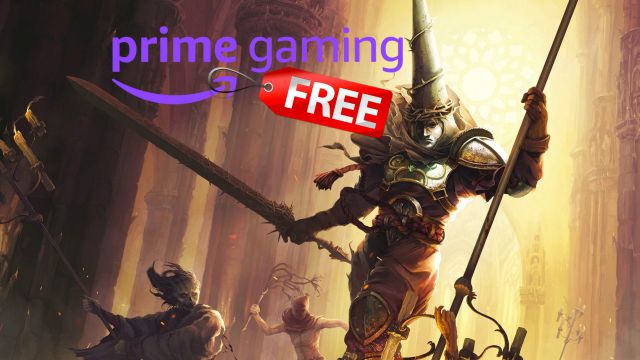 The action platformer from The Game Kitchen is available at no additional cost along with a couple more titles.

It is time to follow the path of the penitent. Amazon Prime Gaming announced some time ago the March games that would be available for free on its service, among which is one of the metroidvania that have attracted the most attention in recent years. This is Blasphemous, a title developed by the Spanish studio The Game Kitchen, which combines the usual difficulty of these games with a retro aroma, but always with its particular Easter-based aesthetic. It is now possible to download it and add it to the library permanently.

To be able to do this, you must have a subscription to Amazon Prime. Then, just link the Amazon account with the Twitch account. From that moment you can claim all the video games and accessories that are available. In addition to Blasphemous, service members will be able to get hold of games like Boomerang Fu, Bomber Crew, Tengami, and Skydrift in March.

The games can be run through the official launcher of the Amazon Gaming platform. You will have to download it on your PC to be able to enjoy all these titles. On the other hand, those who have a PS4 or a PS5 have the possibility of getting the Ratchet and Clank video game for free, a gift that PlayStation offers within its Play at Home program, which they established due to the coronavirus. All the details in this link.

Blasphemous and its crossover with Bloodstained

Koji Igarashi is credited with creating the metroidvania genre. During his time at Konami, the Japanese creative designed several titles in the Castlevania series. They currently have their own company and have created their own spiritual successor, none other than Bloodstained: Ritual of the Night. The Game Kitchen has collaborated to offer a crossover, available for free since February 18.

Blasphemous was released on PS4, Xbox One, PC, and Nintendo Switch.