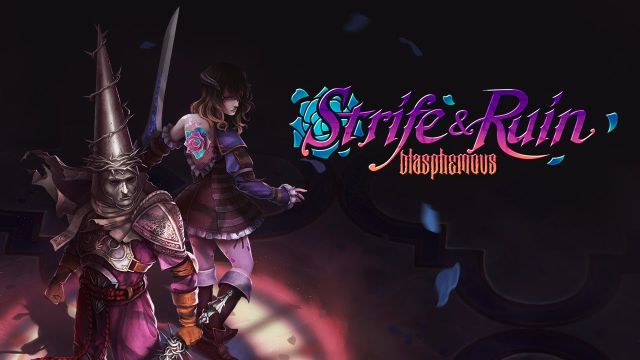 Blasphemous announces a collaboration with Bloodstained: Ritual of the Night. It will come through a free update along with new game modes.

Blasphemous confirms a very special collaboration. Bloodstained: Ritual of the Night and the title of The Game Kitchen cross universes to appear in the 2D of the Spanish. Miriam will accompany the Penitent on his adventure throughout Cvstodia. She will do it as part of a free update on February 18.

The update will go beyond the presence of the young woman. We can look forward to a boss rush-focused gameplay, new rendering modes, fixes, and more. We will also find new challenge rooms scattered around the world. As we said, it will arrive at no additional cost on PS4, Xbox One, PC and Nintendo Switch, as well as PS5 and Xbox Series X | S thanks to the new generation backward compatibility service.

You can see the launch trailer in the tweet that accompanies these lines.

“A metroidvania very ours”

This is how we began our analysis, where it obtained a rating of 7.5 out of 10. In the text we subscribed that Blasphemous “enters through the eyes with its high quality 2D graphics”, especially due to the use of the “patriotic lore” of which the study has breast fed during development. However, despite “assimilating the concepts of Hidetaka Miyazaki very well in terms of exploration”, we saw that “he does not get to storm the throne” of names like Salt and Sanctuary or Hollow Knight.

“It is, of course, a highly recommended game for those who enjoy a proposal of this type every so often”, we concluded. Since then, Blasphemous has not stopped receiving free content. Last August we saw the arrival of The Sit of Dawn, a new story with new levels, enemies and final bosses, in addition to a change in the design of the map with more fast travel points. Nor can we ignore the presence of New Game + and the Spanish dubbing.

See Also
Blasphemous, one of the free games with Twitch Prime