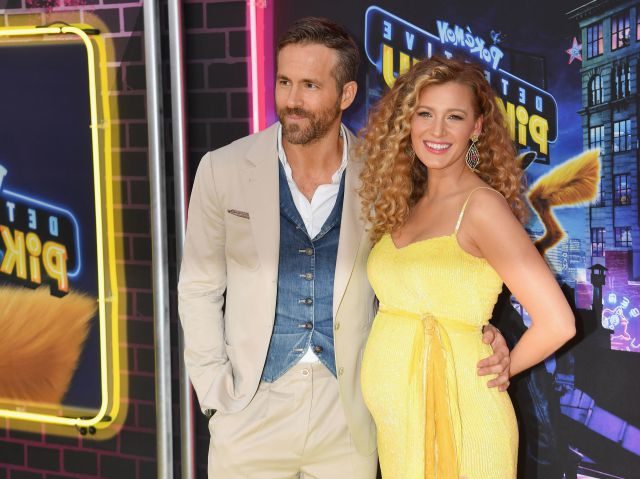 Blake Lively And Salma Hayek To Ryan Reynolds For His Birthday. We have to recognize it! The couple of Ryan Reynolds and Blake Lively is one of our favorites of the entire Star system. Since they started dating in 2011, the actor and actress have not stopped sharing some of their personal jokes with their followers. And they are continuously pecking at each other!

With three children in common (the last one arrived this summer), Blake and Ryan have one of the funniest families in Hollywood. In fact, we are very fans of his daughter James, who grabbed all the attention when they gave the star of fame to his father.

Well, this October 23, Ryan Reynolds turned 43 springs and, how could it be otherwise, his wife Blake wanted to congratulate him trolling him. With a funny selfie, where he appears putting his finger in his nose, Blake has written: “I’ve caught a good one. Congratulations Ryan. ”

With a double meaning (between having caught a good husband and a good booger), the 33-year-old actress could not have chosen more fun congratulations. Very in the line of the couple. Robyn Lively, Blake’s sister, has also put her grain of sand in the congratulation and commented: “The crunchiest, in fact.”

But Lively has not been the only actress who has taken advantage of trolling Ryan. Salma Hayek, one of Gosling’s best friends, has also taken advantage of her birthday to dedicate a few words. The Mexican actress asked her where is the birthday gift she had promised to send two months ago:

“Yes, Ryan, I am taking advantage of your birthday to publish this photo in which I do not look so bad, while you look very beaten and I also want to take this opportunity to remind you that you were going to send me some bottles of Aviation gin for my birthday and! That was two months ago! If you want to see more photos of you, look at my story. Oh, by the way, happy birthday. ”