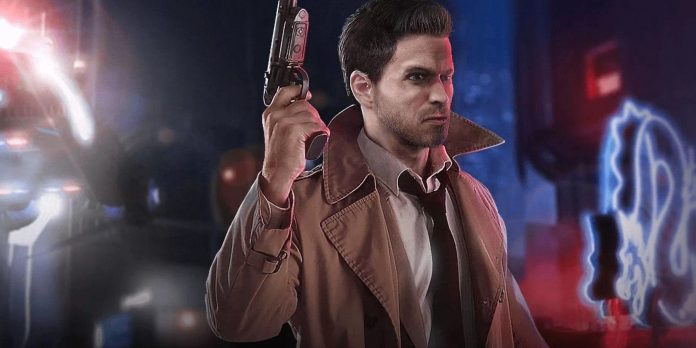 In 2020, Nightdive Studios, the developer of the upcoming remake of System Shock, announced an ambitious remastering project for the cult classic 1997 computer adventure game Blade Runner. The project was intended to bring the beloved Westwood Studios game, which pioneered many of the mechanics and elements used in later 3D adventure games, to the console for the first time, in addition to remastering and saving it for a new audience. Blade Runner: Enhanced Edition has run into some problems and has been postponed indefinitely from the 2020 release window, and now it looks like it will suddenly appear on modern platforms next week.

Blade Runner is a 1997 3D adventure game based on Ridley Scott’s 1982 film inspired by science fiction writer Philip K. Dick’s novel Do Androids Dream of Electric Sheep?. The narrative in the game parallels the original film, also taking place in dystopian Los Angeles in November 2019, but instead follows a Blade Runner named Ray McCoy, who is tasked with tracking down a rogue group of replicants very similar to the film’s protagonist Rick Deckard. The game features some characters and actors from the film, such as Sean Young as Rachel, and also uses parts of the cult music for the film, written by the Greek musician Vangelis.

Nightdive Studios, which has been responsible for many critically acclaimed remastering projects in recent years, including Doom 64, Quake and Shadow Man Remastered, announced in 2020 that it would rework the original Westwood game and transfer it to modern platforms in collaboration with Blade Runner Alcon film studio. Entertainments. This announcement was made simultaneously with the release of a remaster of the game’s introductory video in 4K resolution without scaling using AI. However, later the release of Blade Runner: Enhanced Edition was postponed indefinitely due to technical problems, which, according to the CEO of Nightdive, were caused by the lack of archived source code, as a result of which the developer had to rebuild the game on his internal KEX engine, which was used for previous remasters.

Now, after a brief appearance in the Limited Run Games LRG3 showcase, Blade Runner: Enhanced Edition is back with a release date of June 23, 2022 in all major digital stores. The game will cost $9.99, and the file size of the Nintendo Switch has already been confirmed and is 3.7 GB. For those who want a little more, the physical edition from Limited Run Games will cost $34.99.

The remaster currently advertises updated visual effects in all directions, including reconstructed and improved videos, which also now work at 60 frames per second instead of 15 frames per second in the original, support for a modern gamepad, anisotropic texture filtering and SMAA. Smoothing. It has already been confirmed that the PS4 Pro and Xbox One X versions support 4K output, and lists of trophies and achievements have also been published.

Blade Runner: Enhanced Edition will be released on PC, PS4, Switch and Xbox One on June 23, 2022.

Nintendo Switch Pro Should Be Revealed Before E3 2021

Diablo 4 will have an open world with many quests