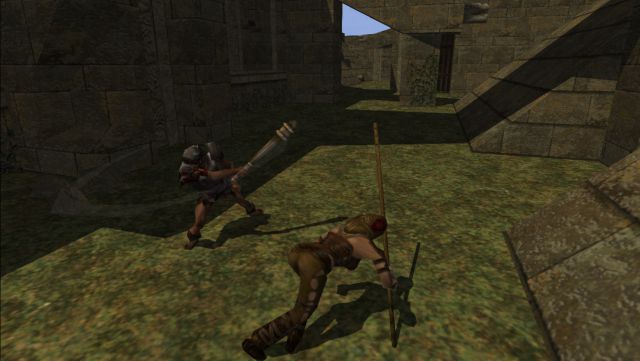 Blade of Darkness: The great adventure of Rebel Act Studios comes to life with a reissue designed for new computers. The Souls genre was born in Spain, specifically in Madrid and by the hand of the now-defunct Rebel Act Studios. Jokes aside – or not – some of the members that are now part of MercurySteam or Tequila Works worked from 1996 to 2001 on a video game that would revolutionize the interactive entertainment scene; Blade: The Edge of Darkness.

The title, although it was the spearhead of the Spanish industry and garnered good reviews from the press and players, did not come to the fore as much as desirable due to an outdated graphics engine and the high piracy rate at that time. Its minimum requirements did not help to improve the situation either, since to run it a state-of-the-art machine was needed to function properly. Now it wakes up from its slumber in an enhanced version for computers that is now available for purchase.

Blade of Darkness (Severance: Blade of Darkness in the US and Blade: The Edge of Darkness in Spain) is a completely three-dimensional third-person adventure where four heroes risk their lives to overthrow the evil Dal Gurak. There is more material to cut in the script, of course, but we talk about it and more in its day in this analysis. Don’t expect a much more elaborate story either, but at least it is effective and relatively credible.

Blade of Darkness uses the exploration of environments, solving small puzzles, basic jumps and brutal combat – literally speaking – as the basis of its gameplay. The heroes that we handle in the adventure are the agile Amazon Zoe, the fierce barbarian Tukaram, the classic knight Sargon and the tough dwarf Naglfar, each one specialized in different weapons, unique combos and characteristics different enough from each other to be able to complete the adventure. with each in different ways. Although each character begins in a different area, soon after they will share the same destiny as that of his companions.

Vikings: Do Ragnar and Lagertha have the right to divide?