Home Entertainment Blacktail may be the first similar to Horizon 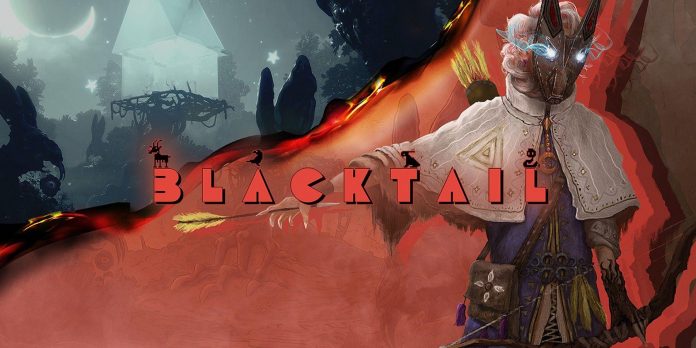 Video games don’t exist in a vacuum, so it’s inevitable that they will draw inspiration from each other, especially when previous games are successful or they manage to revolutionize the genre. Players are already familiar with the many FromSoftware-inspired Soulslike that have flooded the market, or Metroidvania, partially modeled after the Metroid and Castlevania series. There are many examples that fall into these categories, but so far none of them can really be called Horizon-like RPG-action from Guerrilla Games and its sequel. No, that is, before Blacktail.

The mesmerizing new title Blacktail from Parasight and Focus Entertainment was presented at the Gamescom Opening Night Live show along with a trailer showing a confusing fairy-tale world and a dark story. Although some features of the recently announced game will differ from the action-packed sci-fi series, there are also several similarities that may lead players to believe that Blacktail was inspired by Horizon games in many senses.

An adventure led by a woman

Despite the fact that the situation may be slowly changing, most major games, especially action games, are still focused on male protagonists. Rockstar’s fan-favorite Grand Theft Auto series just now includes a main character to play for for the first time, and the fact that it’s worthy of comment shows how far video games still have to go. But other games, such as Horizon Zero Dawn, introduced the experienced huntress Eloy, who immediately had a big impact on the games as a strong female character.

Players may not know much about the 16-year-old Yaga they will be playing as in Blacktail, but given that the game is positioned as the origin story of the infamous witch from Slavic folklore, Baba Yaga, the young girl will undoubtedly be an interesting character. Like Eloy, Yaga lives as an outcast and was expelled from her settlement after being accused of witchcraft. Their status as exiles means that both Eloy and Yaga must learn to stand up for themselves, and this creates an intriguing bond between the pair in addition to an exciting plot.

So far, gamers have only been given a brief overview of Blacktail in action, but bow combat also has strong Horizon vibes, as Yaga uses both her weapons and her witchcraft to navigate dangerous places. Like Eloy, she will have additional techniques in her arsenal to deal with a variety of threats, but while Horizon Zero Dawn and its sequel use technological weapons and abilities, Blacktail will focus more on magic. Yaga will be able to track down spirits in a fantastic desert and fight enemies with her bow, as well as create arrows and potions, hunt down animals and collect resources that will help her survive.

A huge map to explore

Like Horizon Zero Dawn and Horizon Forbidden West, Yaga will travel through different wild landscapes filled with enemies and boss battles. The landscape in Blacktail seems more similar to the first Horizon game, with its wooded areas and mountainous terrain visible in the distance. The fabulous world of Blacktail is a magnificent mixture of dense forests and elements of dark fantasy, and players will need to explore its most hidden depths, uncover secrets and treasures, learn about the setting and its history.

Along with the intense battle of the Blacktail bow, players will be able to choose the fate of the main character-a witch — whether she will become a benevolent guardian of the forest or an instructive fairy tale that scares children and haunts them in nightmares. Blacktail’s morality system, similar to games like Fable, will show how players’ decisions affect not only the world around them, but also Yaga’s temperament.

Blacktail is released on December 15 on PC, PS5 and Xbox Series X/S.