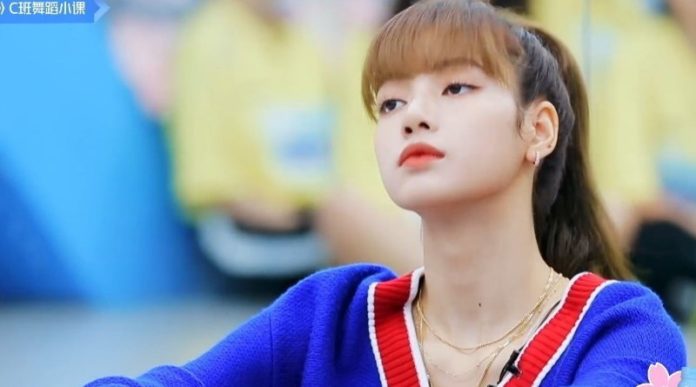 BLACKPINK’s Lisa asks idols to smile. Lisa’s video on Youth With You became a hugely popular meme that brought her together with other idols.

The YG Entertainment singer has stood out since her debut for her dance skills , this led her to become one of the mentors of the program ‘Youth with You’ , a survival show where many girls train to debut as idols and, Although Lisa’s teaching methods have been questioned , her fans have managed to bring out the best in those moments.

During one of the ‘Youth with You’ episodes we saw Lisa supervising the dance practice of one of the girl groups, however, she did not seem happy with the result and continued to give directions to one of the group members so that show a better performance. The girl was so nervous that she didn’t pay attention to the points Lisa pointed out, which caused the idol to get upset and question her, ‘Why didn’t you smile? I told you to smile and you just ignored me. ‘

Although many took this attitude as a bit rude, most know that Lisa is only trying to help the girls, that’s why they made the best of this moment by mixing it together with other clips of a great diversity of idols.

The result was extremely funny, as we can see great K-pop stars receiving criticism from Lisa in her mentoring role, while they refuse to smile or do it in a funny way. Lisa’s video asking others to smile has remained in popularity as it has provided a lot of fun for fans of various groups.

While the BLACKPINK rapper shows a serious expression and traces of annoyance, we see idols in a completely different environment, looking shy, cheeky, funny or expressionless. What is your favorite video of Lisa scolding other idols?

We’ve Reached The Era of Farting Jokes About Will Smith’s Return...