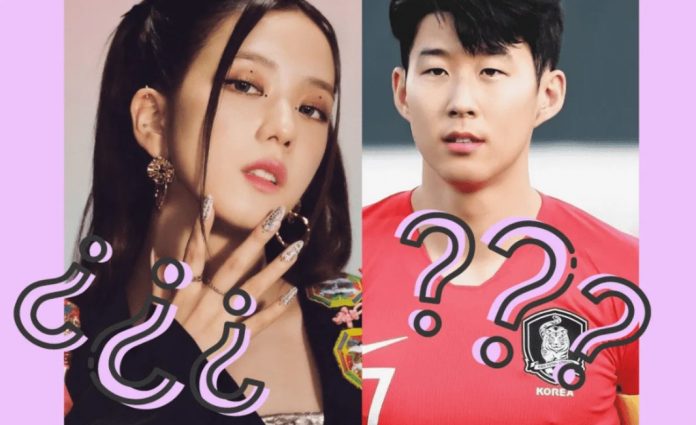 Jisoo of BLACKPINK spent time in Paris because of the Fashion Week, as she went to several fashion events as the global ambassador for Dior, but her stay in France sparked a series of rumors.

Some netizens assured that the K-Pop star and a Korean footballer would be dating, they added clues, alleged encounters in the same country, and even theories of couple accessories of both.

Jisoo and the athlete Son Heungmin took over the trends in social networks and online communities, where an intense debate began over the supposed romance of both stars. YG Entertainment released a statement regarding the situation.

Through the official online platforms of the YG Entertainment agency , a message was published in which they clarified several points about the rumors that involved the protagonist of Snowdrop and the captain of the Korean soccer team.

The company assured that Jisoo was not in a relationship with Son Heungmin, they were conclusions that have no basis and began to follow the situation, although they did not explain if they will take legal action against those responsible.

They are concerned that the information will spread more strongly abroad and could cause harm to the BLACKPINK member :

We would like you to correct any incorrect information immediately.

YG Entertainment asked that no more rumors about this issue be spread, as well as others that may impact the image of the BLACKPINK members .

DOES BLACKPINK’S JISOO HAVE A BOYFRIEND?

The singer and actress does not have an official boyfriend and is currently fully focused on her career in the entertainment industry, so she is single.

BLINK! BLACKPINK’s Lisa enters the Guinness Record with her debut solo Lalisa, how does she keep shining with her project?

Jade Raymond And The Objectives Of Her Game For PS5: “Social...