Home Entertainment BLACKPINK x Ozuna: The Collaboration That Causes Curiosity In The World 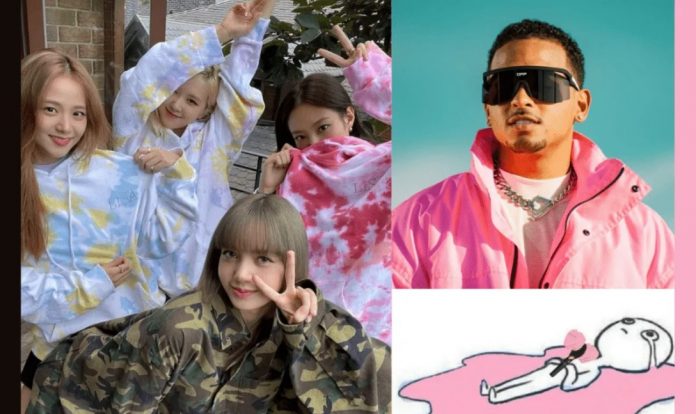 BLACKPINK x Ozuna is the least imagined collaboration, but also the most anticipated. Is the premiere of your song near?

BLINK is excited, confused and very aware of the upcoming BLACKPINK collaboration with Ozuna, DJ Snake and Megan Thee Stallion, as it is not known if the song will feature all the members of the girl band or just Lisa.

In the last installment of the MTV Video Music Awards 2021, Ozuna dropped a bomb and declared that his next musical release would be next to the BLACKPINK girls , as well as DJ Snake and rapper Megan Thee Stallion, do we already have a release date ?

A few weeks after the statements of the interpreter of Mi Niña, BLINK is still on the lookout and with great expectations about the collaboration of Lisa , Jisoo , Jennie and Rosé with the rest of the celebrities. We have good news from the project!

Ozuna started following on Instagram all the artists involved in the secret subject, but the idols of BLACKPINK only gave follow Lisa and this aroused the curiosity of Internet users. Could it be that she is the only member of the group in the collaboration?

BLACKPINK X OZUNA IS CLOSER THAN EVER, NEW COLLABORATION DETAILS

As if this were not enough, Billboard magazine released an article in which they assured that Ozuna was ready for the premiere of his long-awaited song with BLACKPINK , DJ Snake and Megan Thee Stallion, so the excitement increased among the fandoms of the stars.

Although BLINK needs details about the release of the track, the name, the style or if the collaboration will be OT4, these details were not revealed and Ozuna raised more speculation with a message in which he wrote:

The meaning of 97% remained in the air, so far none of this information has been confirmed and it only remained in rumors.

With BLACKPINK’s popularity as worthy representatives of the K-Pop industry, Ozuna as an urban icon alongside DJ Snake and Megan Thee Stallion, their collaboration promises to shake up and make the world dance.

Morpheus would not appear in the Matrix Resurrections because of a...