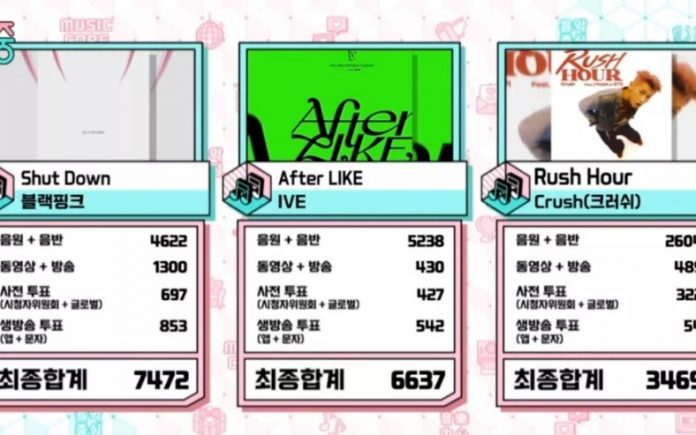 BLACKPINK received their eighth trophy at the music show “Shut Down“!

In the MBC episode of “Music Week” on October 8, the candidates for the first place were “Shut Down” by BLACKPINK, “after” me and “Rush Hour” crush (featuring J-Hope from BC). BLACKPINK eventually prevailed, scoring a total of 7,472 points in total.

Congratulations to BLACKPINK! Watch the clip with the announcement of the winner below:

Princess Charlotte was caught with a funny facial expression at Prince...