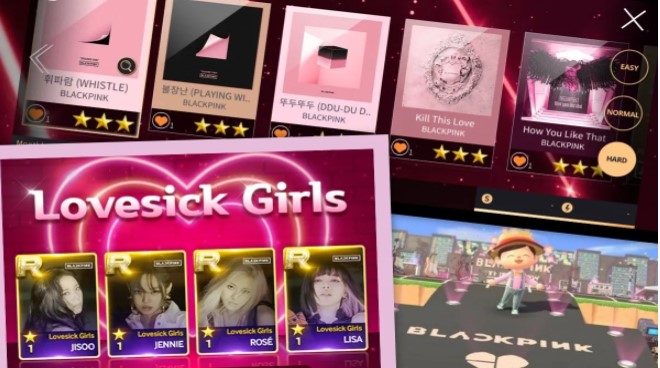 BLACKPINK is one of the most relevant K-Pop groups and this has even led them to the virtual world of video games, with which of these has the girl group collaborated?

Millions of people around the world have dedicated themselves to showing all their love and admiration for BLACKPINK, a girl group that is one of the most important in K-Pop thanks to the great talents that its 4 members have put into each release and presentation in alive.

BLINK is one of the largest and strongest fandoms in the industry, this also translates to great benefits for Jisoo, Lisa, Jennie and Rosé, as their reputation also grows thanks to the fans and many more brands seek to work with the girl group artists .

We have seen BLACKPINK work with brands across all sectors, fashion, makeup, food, technology and much more with companies that have even created collectibles for BLINK; The idols don’t stop working and show their impact in these collaborations.

Even the virtual world of video games has been filled with BLACKPINK, do you know in which of these the K-Pop group has appeared? BLINK Gamer has fun with your favorite artists on your favorite console.

WHAT VIDEO GAMES HAVE COLLABORATED WITH BLACKPINK?

PUBG in its mobile version is a battle royale video game, fans of BLACKPINK and this game were able to enjoy the song ‘How You Like That’ in the virtual lobby because that was what their collaboration with the K-Pop group was all about. ; In addition, Jisoo has also been in charge of playing in live broadcasts of this video game.

Ubisoft launched the popular video game Just Dance, it is about doing the choreography for different songs before the body reader with which different consoles have, whoever dances the best gets the most points and in this game we have been able to dance to the songs ‘Kill This Love’, BLACKPINK’s ‘Ice Cream’ and ‘Boombayah’.

Animal Crossing is a very popular Nintendo video game, it also collaborated with BLACKPINK and the islands of its players were filled with clothes, accessories and much more of the girl group, as well as a special island of idols that could be visited by the villagers.

These video games have collaborated with BLACKPINK and in this way we have seen the idols in a virtual and unique world that fills their fans who are also gamers with emotion.

BLACKPINK ALSO HAS ITS OWN VIDEO GAMES

YG Entertainment has also launched BLACKPINK video games, SuperStar YG is a rhythm game for cell phones in which we can find songs by BP and other groups from his agency; In addition to the release of ‘The Album’ in its Japanese version, YG also created a virtual reality video game.

This is how the virtual world also has all the talents of BLACKPINK and idols also appear in video games.

Meghan Markle and Harry: the author of their biography comes out...