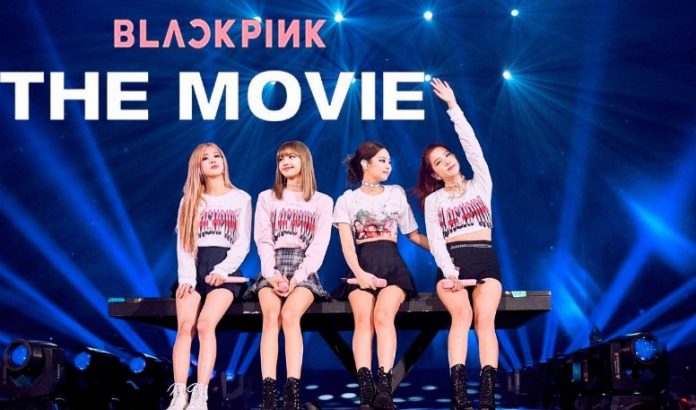 Filipino media outlet ABS-CBN released an article commenting on all about what is seen in the YG Entertainment quartet’s film. 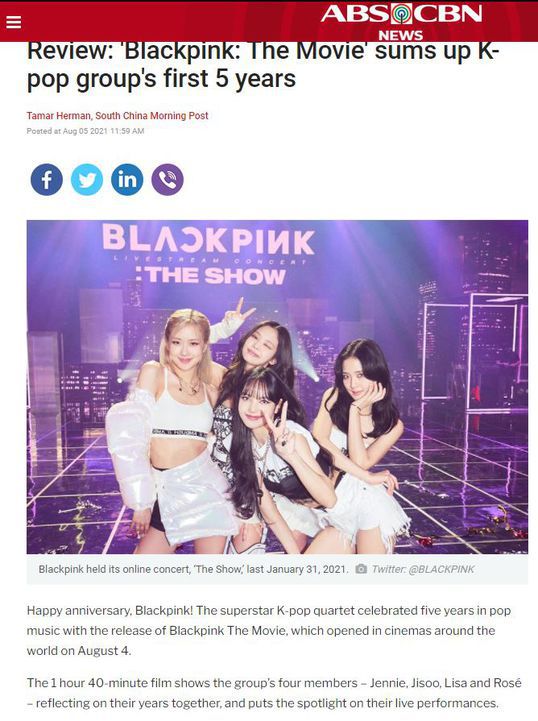 The text begins with the congratulations on the five-year career of BLACKPINK and then goes into details of the duration of the film and other aspects.

“The 1 hour and 40-minute film shows the four members of the group, Jennie, Jisoo, Lisa and Rosé, reflecting on their years together and puts the focus on their live performances,” he notes.

Likewise, the ABS-CBN article highlights the great photographic quality in the presentation of images, ranging from concerts, performances by “Forever Young”, “Ddu-du ddu-du”, among others, and brief interviews with Jennie, Jisoo, Rosé, and Lisa.

It also highlights the different but imposing personalities that each of the BLACKPINK members has.

The criticism of BLACKPINK The Movie that ABS-CBN highlights were the following: “The only small disappointment with the film is that it does not highlight in detail the history of the group or the milestones in their career beyond some of their concerts. The film would be more accessible to casual viewers if it gave context to all that they have accomplished. ”

BLINK dissatisfied with BLACKPINK The Movie

Also, a fan posted a comment on Twitter in which he assured that he expected more from the film and is disappointed by the low quality of production that YG Entertainment produced.

In various cases, the K-pop group’s agency has been questioned on several occasions for the little musical activity they have been having, since the last album they released was in 2020.

Despite being only a year without music activities, for the K-pop industry, this time is really long, compared to other groups that make comebacks two or more times a year.

BLACKPINK The Movie Premiere in Peru

According to information from various Peruvian cinemas, the premiere date of BLACKPINK The Movie is set for August 25th.