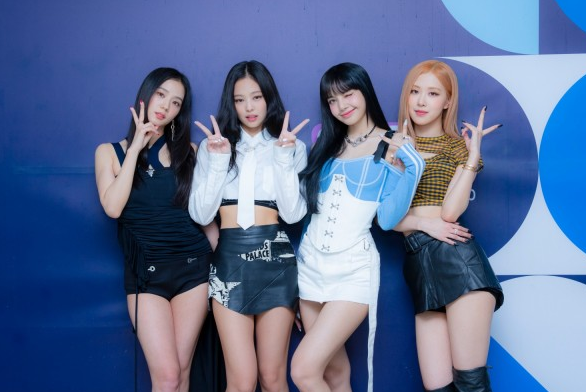 Soloists, not a band? After BLACKPINK’s performance on SBS “Inkigayo”, the quartet’s cordials caused a negative reaction due to the participants’ assumptions that they were “playing favorites”. That’s why.

On September 25, BLACKPINK held the first and last promotional stage of their latest release “Shut Down”, the title track of their second full-length album “BORN PINK” on SBS’s “Inkigayo”.

On this day, the quartet, consisting of Jisu, Jenny, Rose and Lisa, delights fans around the world with their stunning charisma and dominance during the performance.

After the stage, the music show nominated BLACKPINK’s pre-release “Pink Venom” and “Shut Down” as the main candidates for first place, competing with “After LIKE” IVE.

In the end, BLACKPINK took home the trophy for first place with their song “Pink Venom”, which topped the list for three weeks in a row and won the triple crown.

BLACKPINK stylist is criticized for the quartet’s “incoherent” stage outfits

After the broadcast, K-pop fans, especially BLINK (BLACKPINK fandom), rejoiced at the band’s achievements, returning to the music scene about two years after the release of their first studio album “THE ALBUM” in October 2020.

However, Internet users expressed different opinions, pointing out the disappointing outfits of BLACKPINK for the return.

Since this was the first and last scene for “Shut Down”, which BLACKPINK will present in the Korean music program, netizens and music lovers had high hopes not only for their performance, but also for the costumes they will show.

In the past, a group of four people created various fashion trends thanks to the influence of the outfits they sported at music shows.

But this time, people are disappointed to see individual BLACKPINK outfits, implying that their quality did not exceed or even meet their expectations.

Netizens stressed that the outfits they wore were no different from their past costumes, to the point that they can’t even tell what era they were wearing them if you look at past BLACKPINK group photos.

Many internet users complement their stylist, who gave the group stunning clothes that don’t even attract each other’s individual charm when they are together.

“I thought they were promoting different songs at the same time.”

Not only the clothes, people also noticed that their makeup and hairstyles were nothing new, unlike when they were promoting their first album and solo debuts.

Finally, some K-Netz suggested that the band’s cordy is playing favorites, given that Jenny and Lisa have the most beautiful outfits among the participants during the performance. Lisa stood out for her athletic look, and Jenny shone with her uniform-style fit.

Compared to them, Jisu was dressed in a simple bodysuit, and Roze was seen in a regular cropped top without any accessories.

Undoubtedly, some fans defended the BLACKPINK stylist, saying that the members themselves actually pursue their own fashion preferences and styles.

However, people feel that they are currently being promoted as a group; thus, they also have to coordinate their outfits to look more like a team rather than soloists.