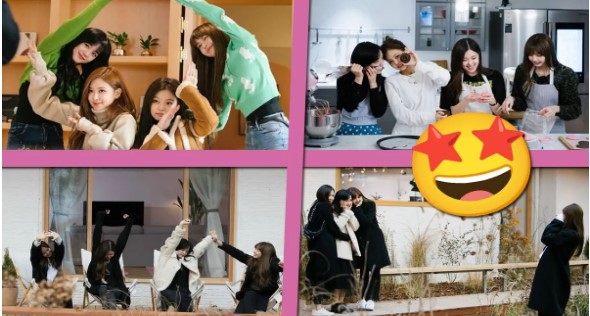 K-Pop idols always surprise us with a very diverse content that brings them closer to their fans. BLACKPINK has created several reality shows full of fun and unforgettable impressions. We will tell you where to see each of them.

Each group has its own style of showing fans what’s going on behind the scenes, sometimes through video blogs, documentaries, movies, etc., but fans like to see their favorite K-Pop artists having fun with everyday activities.

Thus, BLACKPINK talked about their adventures, personalities and special experiences through a reality show with the participation of the band members. We are not talking about programs where they were guests, but about episodes that revolve only around them.

That is why, if you want to know all the reality shows that they have filmed throughout their career, then we will tell you what they are, what they are about and where to watch them.

REALITY SHOW BLACKPINK: HOW MANY ARE THERE AND WHAT ARE THEY CALLED?

As a group, BLACKPINK filmed 3 reality shows for their fans, which were also presented as reality documentaries due to their monitoring of idols’ activities. The three works already mentioned:

The House of BLACKPINK (also known as BLACKPINK TV), in this program we see how idols move into a new house decorated especially for them, spend time together, do various things that check them out, and even go on vacation.

BLACKPINK diaries. The episodes make us follow the adventures of the female group on tour, in particular, on the 2018-2020 world tour.

24/365 BLACKPINK is the latest idol reality show, it shows us again how idols enjoy various activities, and also introduces us to the preparation of a new album.

WHERE TO WATCH THE REALITY SHOW BLACKPINK?

Both BLACKPINK House, BLACKPINK Diaries, and 24/365 BLACKPINK are available via YouTube on the official channel of the girl group, so you can easily watch them for free.

In some cases, the official channel already has subtitles, but if they are not available, fans usually share them with translations on the same platform.

In addition, we tell you everything you need to know about the Aespa performance at Coachella 2022, as well as the Idols’ performance.