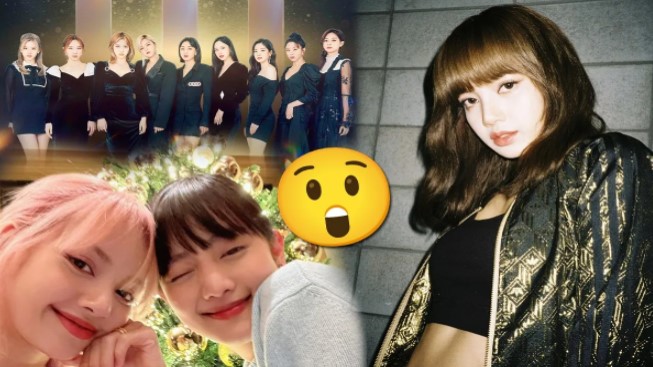 TWICE just returned to live concerts and no one wanted to miss this show, which is why BLACKPINK’s Lisa and more K-Pop idols were in the audience.

As many followers of the Thai rapper know, Lisa spent Christmas in Korea, but she was very well accompanied by Minnie, a member of (G) I-DLE with whom she shares a beautiful friendship and the same nationality.

After meeting and sharing photos of their day together on social media, the fun continued as they both had tickets ready to see a TWICE concert taking place in Seoul.

Various celebrities made their way to TWICE’s concert nights in Seoul, during the second concert Lisa was one of them and was accompanied by some of the (G) I-DLE members.

Minnie was in charge of publishing an Insta-story where her hand and that of the BLACKPINK rapper appear holding the tickets for the show and also some banners, but according to this publication, Shuhua and Miyeon were also present.

In addition, the Money interpreter was caught by some TWICE fansites who were present at the show, thus confirming her presence in the musical show.

TWICE 4TH WORLD TOUR brought together several K-Pop stars, in addition to Lisa and the idols of CUBE Entertainment, also the members of ITZY, Xdinary Heroes, SinB and Eunha of VIVIZ, Yubin, Lee Young and more were noticed in front of some looks that managed to recognize them among the public.

Also, we tell you that after this show, TWICE gave great news for ONCE and added new dates to their tour, know the details here.