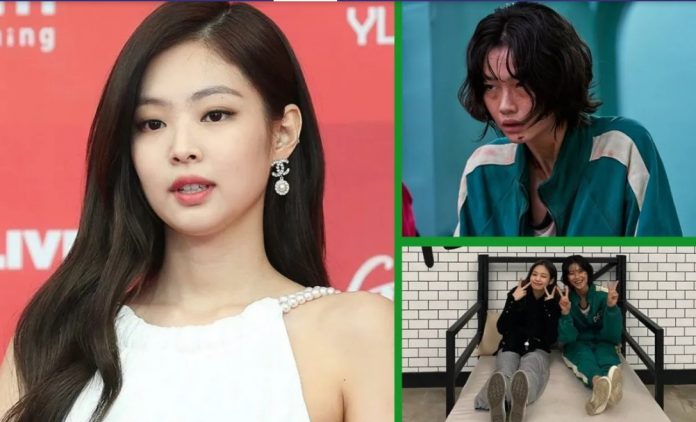 BLACKPINK’s Jennie and singer hasn’t stopped showing her pride in Jung Ho Yeon and Squid Game. Hoyeon has just started her acting career but it is already one of the most popular around the world, she only has words of thanks for Jennie.

After the premiere of The Squid Game , all the members of the cast have caused a sensation around the world, their images and videos travel the social networks and they have also gained from thousands to millions of followers on social networks, how does Hoyeon feel about it?

This young Korean actress is one of the most popular, its visual charm and her performance in the K-Drama of Netflix stole hearts, becoming the Korean actress most followed in Instagram.

The road was not easy but she always had the support of very dear people who showed her their loyalty, company and encouragement, one of them was Jennie , the BLACKPINK member who has not stopped celebrating her achievements with the actress.

Actress Jung Ho Yeon said that one of the people who has been by her side in this new facet as an actress is Jennie , who even sent a coffee truck to the set of Squid Game to cheer on her, the cast and the members of the production.

In addition, she constantly encourages her on social networks so Hoyeon confessed that she only has words of gratitude, because also the idol was so happy for her as if it were her own achievement, a gesture that moved the model.

She complimented me like it was her job. I wonder how there can be an angel like her

The friendship of these girls also captivated everyone on social networks, as it is one of the most famous female singers of the moment and a new actress who is already enjoying world fame.

The Russo brothers react to the similarity of the new film...