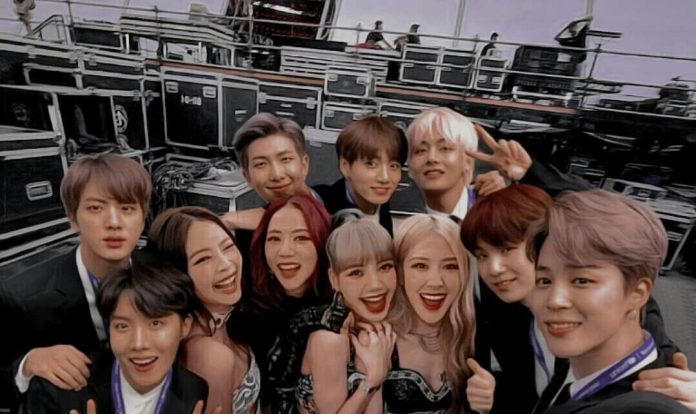 BLACKPINK and BTS were recognized as the Pride of South Korea by the nation’s president, both K-pop groups have represented their country thanks to their worldwide successes.

The Hallyu Wave started several years ago, with representatives like Lee Min Ho , thanks to Boys Over Flowers and second-generation K-pop groups. Currently, the Korean entertainment industry is experiencing a huge boom in popularity thanks to dramas, movies, and idol groups.

During the New Year’s presidential address , President MoonHe expressed his gratitude to those figures who have praised South Korea with their merits in different fields, increasing tourism by representing the country. BTS and BLACKPINK were recognized as Korean Pride by the president, who he claimed is the hope for many people around the world.

The BigHit and YG groups have demonstrated their artistic power thanks to millions of album sales, recordings of views on platforms such as YouTube and Spotify, as well as performances and awards in the United States market. Their talent and popularity has led to boys getting their first GRAMMY nomination, girls performing at Coachella., one of the most important festivals internationally.

BTS AND BLACKPINK ARE THE PRIDE OF KOREA

During his speech, President Moon mentioned BTS and BLACKPINK as those in charge of captive, gives hope and happiness to fans of the world, in addition to attracting tourism to the country, being one of the most important acts within the industry, he also recognized “Parasite,” the first Korean movie to win an OSCAR.

On social media, ARMY and BLINK trending the phrase “KOREA PRIDE ” to congratulate the idols, they expressed their messages of support and listed each of their achievements, from Guinness records, collaborations with international artists, projects in collaboration with Netflix, important appearances at events such as GRAMMY, Hit Maker of The Year , among others.

BTS and BLACKPINK have made Korean pop marks hard to beat in numbers, awards, and international reach. It is not the first time that President Moon has praised the merits of K-pop idols .

Who was also recognized thanks to his popularity in networks and platforms was Jimin, the idol is considered as the representative of K-pop.

6ix9ine on trial: the judge sends him back to prison!