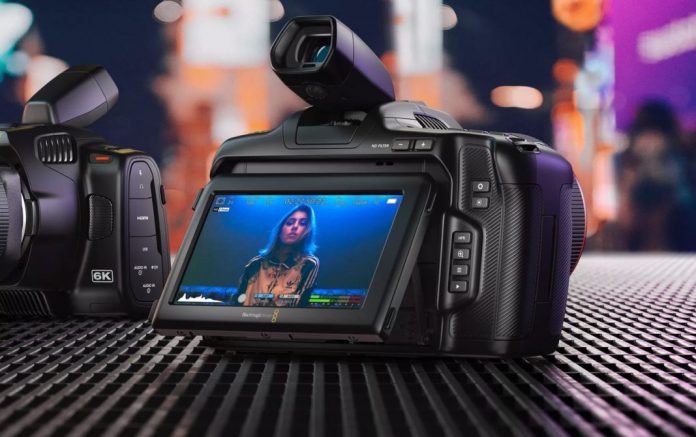 Blackmagic has introduced a new “Pro” version of the Pocket Cinema Camera 6K that aims to fix many issues that were originally found to be problematic. Additions include a tiltable, brighter screen and an optional electronic viewfinder attachment, a larger battery and built-in ND. The camera is positioned above Blackmagic’s regular 6K range. The price is also about $ 500 more than the non-Pro version. After all, it has a foreign price of 2 thousand 495 dollars.

While the new features still do not make the camera ideal for consumers, it will bring quality-of-life improvements to filmmakers and video production studios on a budget. Especially the tilting screen will make things easier. Tilting the screen up or down will help make the camera easier to use. It can even eliminate the need for an external monitor depending on your shooting style.

There were comments that it was difficult to view the screen of the first Pocket Cinema 6K outdoors. However, Pro has two different solutions for this. First, the screen is currently running at 1500 nits of brightness, which will help monitor visibility in bright sunlight. Second, a $ 500 OLED electronic viewfinder can also be purchased, which uses a custom connector instead of buying the camera’s single HDMI port.

To power all this, a larger battery than the original is used. However, Blackmagic talks about only one hour of shooting time when the screen is at 50 percent brightness. However, this is an improvement over the initial model’s estimated 45 minutes.

A more exciting feature, especially for those who shoot a lot outside, are the built-in ND filters. The camera has four built-in filters that cut the light by two, four and six stops for when the sun is a little too bright. Of course, an electronically variable ND filter that provides a continuous range rather than hidden stops would be better, as is the case with Sony’s cameras, but at this price point Blackmagic is understandable not going that way.

Add an extra mini XLR jack and the Pro could qualify as a nice upgrade to the original Pocket 6K. It also makes the camera more competitive with Canon’s C100 Mark II, which has a similar Super-35 sensor, EF mount and built-in ND. These cameras can appeal to different types of video shooting professionals or amateurs.

MacBook Pro may have the return of SD card reader