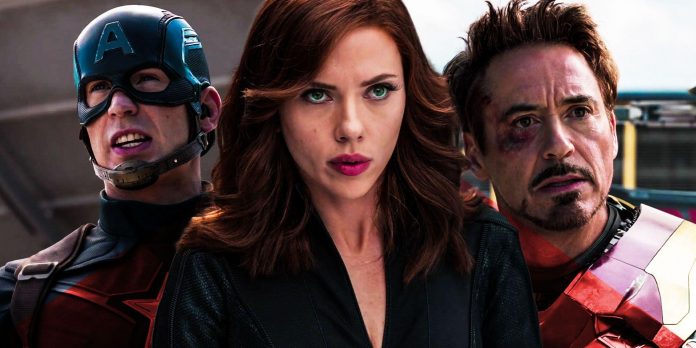 Despite the fact that years have passed since its release, people are still arguing about who was right in Captain America: Civil War — “Team Cap” or “Team Iron Man” — but the truth is that only Black Widow was right all this time. The controversy has been going on since the release of Captain America: Civil War in 2016, and while most people have been on Captain America’s side for many years, others point to the fact that the collateral damage and destruction caused by the Avengers before and after is a compelling argument in favor of the Iron Man argument.

The essence of the central conflict of Captain America: Civil War and the question of which team was right revolved around the introduction of the MCU’s Zakovian Agreements, rules that technically still exist in the fourth phase of the MCU. After the very public mistakes of the Avengers led to accidental civilian casualties and collateral damage in places like Lagos, Sokovia and others, the United Nations drafted the Sokovia Accords. An international treaty will place superheroes on the global registration list and under the jurisdiction of the UN. From the layman’s point of view, the Avengers will only be able to operate within the framework of missions authorized by world governments. This split the Avengers. On one side was Steve Rogers, who refused to sign the agreement, fearing that they would be turned into attackers for political reasons. On the other side was Tony Stark, who was desperately trying to atone for the deadly mistakes of the Avengers and saw government oversight as a reasonable compromise.

Which team was right in the Civil War

In Captain America: Civil War, who was right and who was wrong? Well, the leader of none of the teams understood the truth. Steve and Tony were so wrapped up in their righteousness that they couldn’t see what the Black Widow could do during the Civil War: both sides were necessary. Tony was right to acknowledge the reality that the Avengers made some very public, egregious mistakes that cost many innocent lives. Their public opinion was badly tarnished, and they made enemies. Thus, government-sanctioned, public Avengers of Iron Man were needed, acting in accordance with the Zakovian Agreements. A team that could act in the spotlight and do things according to the rules would not only greatly contribute to restoring public trust in the Avengers — and superheroes in general — but would also ensure that at least one group of Avengers would still have access to government funding and intelligence.

On the other hand, Captain America’s team from the Civil War was also needed. Steve was not mistaken in the fact that the need to act completely openly and only on the instructions of the UN meant that they would be undercut. Multiple threats require immediate action, and the Avengers, bound by bureaucratic red tape, may well mean that the villainous plans will be revealed before the Avengers can stop them. A special operations group that could operate secretly, out of the public eye and away from government surveillance, could be on the spot and act immediately at critical moments. The attention to Tony’s team allowed Steve to move faster. Thus, from a practical point of view, both teams were right to a certain extent in Captain America: Civil War.

Why the Black Widow Was Right in the Civil War

Initially, Black Widow sided with Tony Stark, reasoning like this: “If we still have one hand on the steering wheel, we can still drive.” But at a crucial moment in the conflict, she allowed Captain America and Bucky/Winter Soldier to escape rather than capture them. Her signing of the Agreement disappointed Steve, and her decision later to look the other way prompted Tony to accuse her of betrayal and playing on both sides. However, Black Widow was the only one who was right in Captain America: Civil War precisely because she played for both sides. Instead of being involved in a conflict of mutually exclusive ideologies, Black Widow acted on the basis of her best sense of right on a situational basis, which naturally led to actions both for and against compliance with the Sokovian Agreements, which in themselves were very dangerous. an absolute offer.