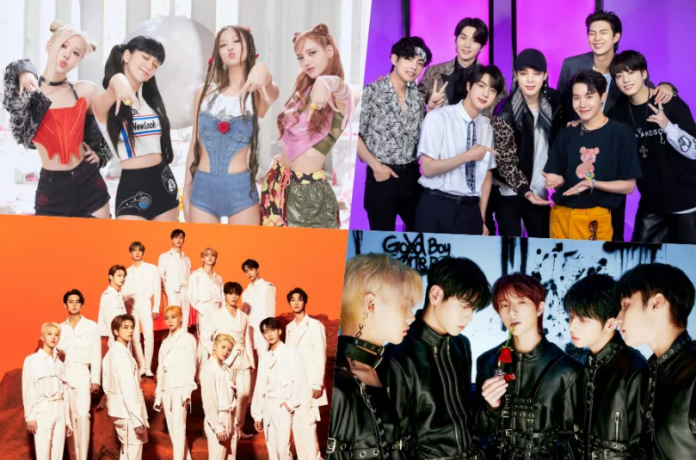 BLACKPINK became the first K-pop artist nominated for “Best Video” this year. The band’s music video for their hit single “Pink Venom” will compete with “As It Was” by Harry Styles, “Woman” by Doja Cat, “The Heart Part 5” by Kendrick Lamar, “Super Freaky Girl” by Nicki Minaj and Taylor. Swift’s “It’s All Too Good (10-minute version) (Taylor’s version)”. The winner of the award is chosen exclusively by MTV, which means that there is no fan voting in this category.

Including “Best Video”, BLACKPINK received a total of four nominations this year: the band was also nominated for “Biggest Fans”, “Best Performance in the Metaverse” (for their in-game PUBG Mobile concert “The Virtual”) and “Best K-Pop”.

Meanwhile, both BTS and SEVENTEEN received a total of three nominations each. BTS were nominated for “Biggest Fans”, “Best Performance in the Metaverse” (for their concert “Butter” and “Permission to Dance” in Minecraft) and “Best K-pop”; SEVENTEEN claim the title of Best New, Best Push and Best K-Pop.

TXT were also nominated for Best Asia Act as the only representative of Korea in this category.

Finally, this year’s nominees for Best K-Pop are BLACKPINK, BTS, ITZY, SEVENTEEN, TWICE and Lisa from BLACKPINK, who received her solo nomination in addition to being nominated as a BLACKPINK member.

The MTV Europe Music Awards 2022 will be broadcast live from Dusseldorf, Germany, on November 13, and voting is open on their official website until November 9 at 23:59. CET.